Never run in a shoe that is stiff. Why? One: it immobilizes the foot too much, which could lead to degeneration of soft tissues and muscles in the feet. Two: it could prevent the arch of the foot from storing usable energy. Ideally, you want a running shoe that can be rolled into a ball with using minimal effort.

To save energy in forefoot running, your forefoot needs to move via expanding and bending in order to keep your legs strong and allow the tendons of the lower leg to store more energy. This is all part of the process in developing an efficient forefoot strike running stride.

A forefoot runner can dramatically cut their risk of injury if they run in flexible running shoes and there is loads of research backing this up. Results published in past studies have found that good forefoot function, allotted by a flexible running shoe, helps with forward acceleration and the maintenance of strong ankles and calves. In contrast, inflexible footwear is a flawed tactic for running because it restricts the range of motion in the forefoot which weakens the rest of the leg and increases plantar pressure in the forefoot, a risk factor for metatarsal stress fracture. 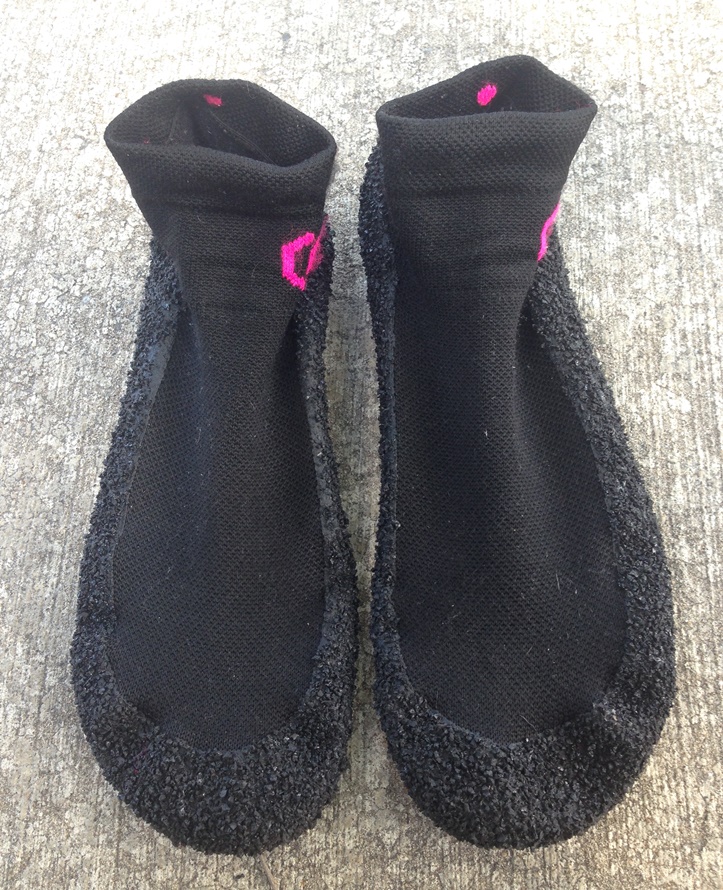 Make Sure You Run in Flexible Running Shoes

Previous reports have found that running shoes that promote greater range of motion in the forefoot increases activation of the shank muscles during running (Chen et al.2014), which greatly strengthens these muscles over time, allowing the runner to harness better landing stability and balance control. Furthermore, a greater range of motion in the medial forefoot enhances muscle activity in the calf musculature (Chen, Hsieh, Shih, & Shiang, 2012), which also plays an important role in helping strengthen the lower leg.

Similarly, higher forefoot running bending elasticity of a minimalist shoe increases the range of motion of the ankle-joint, reducing muscle activation in other areas of the lower leg which allows more energy to be stored (Chen et al. 2014). Other reports have found that energy can be saved when ankle movement is greater (Stefanyshyn & Nigg, 2000).  In addition, when the forefoot has good bending elasticity during running, this helps dissipate applied forces (Lin et al., 2013; Stefanyshyn & Nigg, 1998), giving rise to more impact protection on the lower extremity joints. This also makes for optimal force conduction in the leg, which improves landing and jumping performance (Stefanyshyn & Nigg, 1998, 2000; Tinoco, Bourgit, & Morin, 2010), and we all know that forefoot running is just a series of small jumps from one step to the next.

Runners who wear highly flexible running shoes, particularly footwear with a high degree of flexibility in the forefoot, exhibit many kinematic traits associated with good running economy and adequate balance control and that good forefoot flexible is required to help fuel running economy. With that in mind, make sure you can completely fold and bend your running shoe without any resistance, as shown in the picture above.

I always like to end with examples of minimalist running shoes with good flexibility.

Good Tips on Supplements and Nutrition for Runners

Why Avoid Learning How to Run When on a Treadmill