I commonly get asked if it’s okay to learn forefoot running on a treadmill. I personally don’t like the idea and I believe a new running style should be learned over-ground. 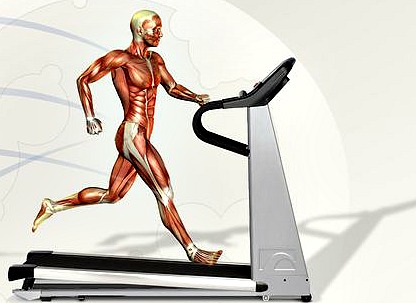 Can You Learn Forefoot Running on a Treadmill?

In the past, treadmills were considered as an unstable surface for running, making them less appealing to learn forefoot running on.

Donoghue et al. (2008) noted that treadmill running may influence injurious kinematics, such as prolonged foot contact. Hutson (1996) also found that long foot contact occurred on unstable surfaces, such as a treadmill. In this case, the calf musculature might contract more in attempt to control pronation and prolonged contraction increases stiffness in the gastrocnemius or soleus, increasing the risk of Achilles injury.

On the flip side, when modifying their form, runners tend to behave a little different on a treadmill, mostly by exhibiting impaired balance and exaggerated kinematics which may theoretically increase injury occurrence.