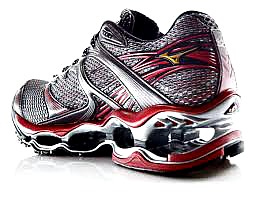 In other cases, researchers have observed that increased heel height resulted in greater muscular energy consumption and may trigger neuromuscular fatigue during running. Not to mention, heeled running shoes profoundly alters global posture and kinematics, causing running to be unusually challenging.

In support of these findings, Dattani and Dasgupta examined the physiological cost of wearing heeled footwear and found that heart rate increased as a function of heel height. Movement velocity also reduced with higher heeled footwear.

The evidence supports the idea that heeled footwear has too many functional consequences and should not be intended for clinical use. Likewise, the researchers garnered evidence that confirmed footwear with a heel height greater than 3 inches is health harming.

In running, exceptional biomechanical ability correlates to heightened proprioception, an inherited feature of an efficiently functioning central nervous system. This is why habitual barefoot runners have superior mental capacities to generate less impact during running.

It is becoming more clear that runners underestimate the significance of wearing less protection on their feet to improve proprioception. Humans are gifted in running, and by wearing thin, zero-drop running shoes helps the brain rapidly identify the key information from the plantar surface to make optimal use of the lower extremity. This is why habitual barefoot and minimalist runners run more elegantly than conventional-shod runners. The truth is, forefoot running contributes more to injury prevention than under-heel protection does.