I’m a nervous wreck before a race because I train hard and the last thing I want to be is disappointed by poor race results. Each race, I set out to PR, so I put so much pressure on myself that I get terribly nervous before a race. They say that some degree of nervousness is a good thing, but too much nervousness can be potentially disastrous to your performance. 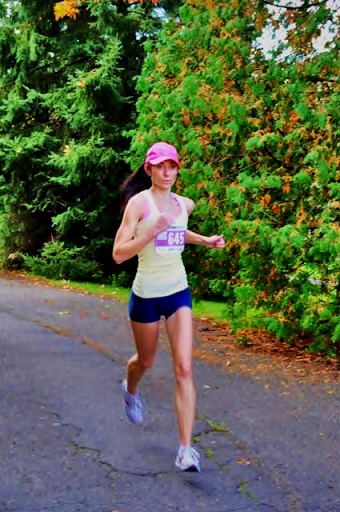 How to Stop Getting Nervous Before a Race

I know some runners who get extremely nervous before a race that they take an anti-anxiety drug, like Lorazepam! This is extreme, but I dont want to get to this point, however I feel as if my pre-race nerves are hard to control. So, I thought I would share the natural remedies that are calming to pre-race nerves without making you tired, but will actually sharpen your focus, so that your nerves wont distract you and tire you out.

According to Shawn Talbott Ph.D, author of Vigor Diet, taking 500-mg of vitamin C helps reduce morning anxiousness by calming your adrenal gland, so that it produces less cortisol –the nasty stress hormone.

Probiotic yogurt is great for turning off nagging nervousness. If you find it hard to relax, eating yogurt before a race reduces nervous tension because yogurt contains two types of bacteria, Acidophilus and bifidum, which helps your gut improve mood-regulation, whereby combining both strains, and you can take these in a form of a supplement, work more effectively at lowering pre-race anxiety than just by taking one.

For a more instant affect, take a whiff of lemongrass essential oil which increases calmness within minutes. It works by acting on the brain region, the amygdala, which regulates emotion and tension.

If you are really super tense like me, you may want to try steeping 1 tablespoon of dried fresh rosemary in 1 cup of boiled water for five minutes because rosemary is high in anti-anxiety compounds.

Taking an omega-3 supplement daily helps with chronic stress by reducing the inflammation linked to the ongoing stress. Ashwangandha is another all-natural herbal supplement that was found to calm extreme nervousness.

Magnesium is another effective way to ease extreme nervousness by calming the central nervous system, and it was also found to reduce stress-eating.

Try drinking some black tea because it contains l-theanine which lowers cortisol levels, which is a strong stress hormone, thereby triggering more relaxation.

Another way to end that crippling pre-race nervousness is by smelling vanilla. German researchers reported that lighting a vanilla scented candle turns nervousness into happiness by 63%. Vanilla improves happiness by calming the emotional/fear center (the amygdala) in the brain.

The good nervousness has some perks, but the bad nervousness that causes upset stomach and diarrhea may set you back, causing you to potentially under-perform. And, what good is all that hard training, if you can’t apply it because your nerves are a barrier. So, I hope these tips help and you find them to be effective, just like I have. The best things about the above is that they are not only natural, but they don’t make you tired or throw your performance off track.

How to Run Properly

Why Its Important to Run Fast