Many runners experience tendon pain on the outer side of the knee (also known as IT Band Syndrome). One of the main causes of IT Band Syndrome in runners is influenced by the foot rollover component –where the foot rolls over the heel and on to the toes– of heel strike running. 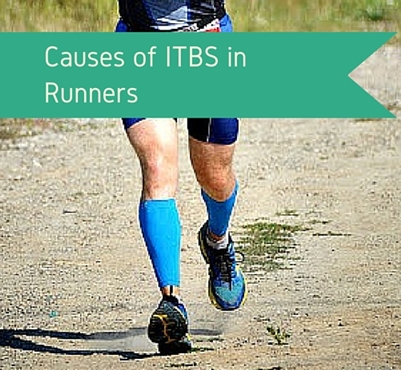 Causes of IT Band Syndrome in Runners

Luckily, you can avoid unwanted foot motions from foot rollover with forefoot running.

The motions of the foot in forefoot running (shown below) does not involve a rollover pattern. A forefoot strike is actually the reverse of a heel strike because the foot is supinated at touchdown.

After touchdown on the forefoot, the foot dorsiflexes and everts when the heel lowers to the ground. 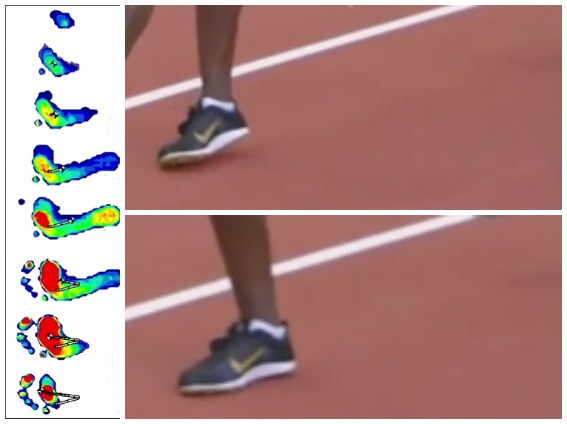 The center of mass also travels a shorter distance over the foot because initial foot strike position is close to the body in a forefoot strike [2], resulting in less ground interaction time and a more rapid removal of the foot compared to heel strike running.

Because of the quick interaction between the foot and the ground, a forefoot strike seems to mount much stronger control over abnormal  rearfoot movements implicated in IT Band Syndrome.

Barefoot Running – Are you having trouble with your forefoot running form? Running barefoot is the best and quickest way to polish your running style.

Energy Gels – Turn your body into a powerhouse with these endurance running gels.

Heel Strike Running – Need more convincing that heel striking is bad? If so, then reading these articles will make you think twice about heel striking.

Forefoot Running Shoes – Here are the shoes I feel are best for forefoot running!

Heel Strike vs Forefoot Strike  – Find out more about the differences between the two running styles.