Most runners stretch before and/or after running. Generally, runners stretch to ‘loosen up’ and help protect against injury, or maybe to help boost performance. However, stretching is more closely tied with causing injury or exacerbating a current injury!

What is more, a good reason to ditch your pre-run stretching routines is that stretching before running was found to reduce running performance. 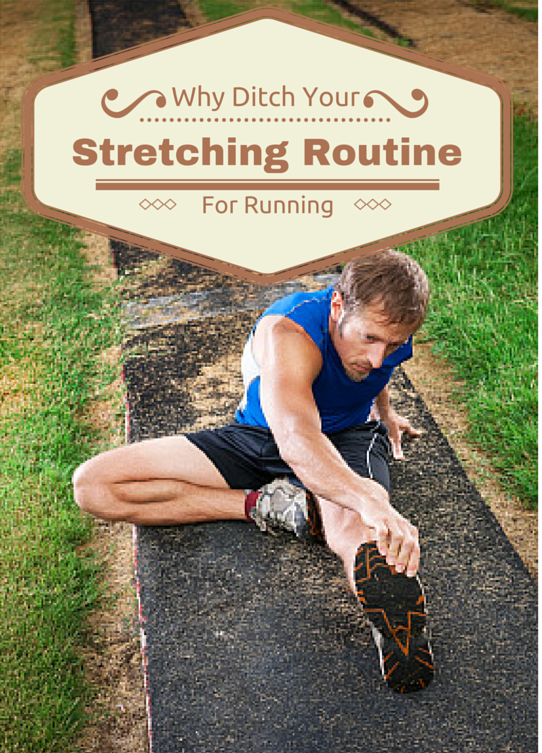 Why Ditch Your Pre-Run Stretching Routines

Reduced performance seems to be a side-effect of pre-run static stretching.

However, Lowery et al. (2014) reported that endurance runners are at risk of poor running performance if they perform static stretches prior to a long distance run.

The researchers compared the effects of a 5-minute treadmill warm-up vs static stretching on running performance variables, such as ground contact time and muscle activity.

The researchers then compared the time to complete a 1-mile run in the stretching and non-stretching conditions.

So why do coaches still recommend pre-run static stretching? Because only in the past few years has rigorous research validated pre-run static stretching as the wrong therapeutic approach. At the same time, researchers are beginning to explore the idea that increased muscle stiffness, not increased muscle flexibility, accelerates performance in running.

How to Run Injury Free – An overview of the health benefits of forefoot running.

Leg Injury From Running– A list of common injuries of the leg caused by heel strike running.