When approaching uphill, many runners tend to slow down thinking they will conserve energy, but reducing your speed when running up a hill may increase your work-rate because it induces mechanical parameters that trigger muscular fatigue. Here is why you want to avoid reducing your speed during uphill running. 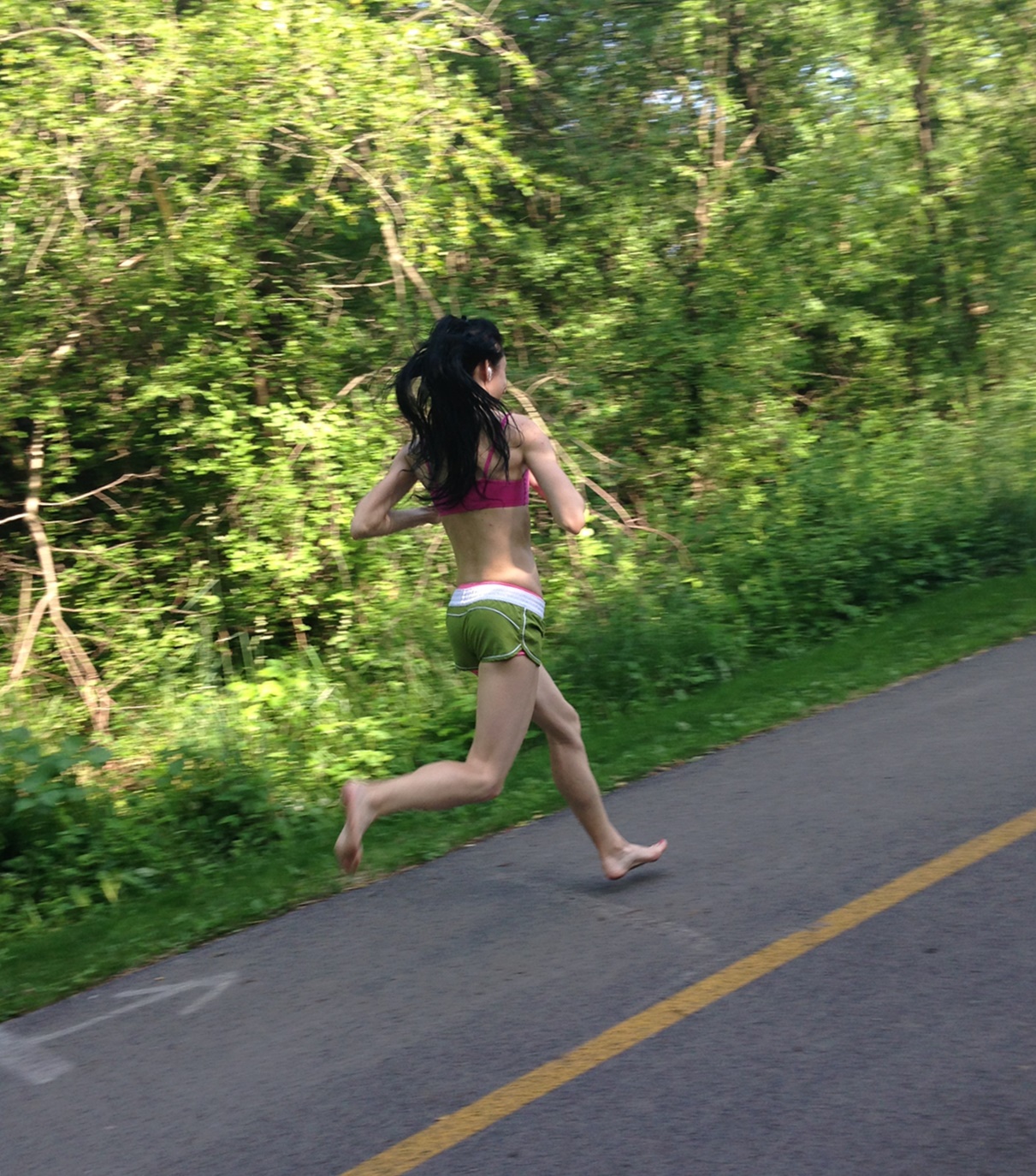 Don’t Slow Down When Running Up a Hill

If you often feel ‘draggy’ when running uphill, you might not be landing properly on your forefoot. In any case, you want avoid heel striking uphill, as well as during running in general. In addition to this, run a little faster, don’t slow down when going uphill!

If you run slowly up a hill, foot-ground contact time is longer which is associated with higher peak impact, causing the recruitment of more muscle fibers to help attenuate shock, making you prone to lower leg injuries and of course, muscle fatigue.

Another problem with running too slow up a hill is that it mechanically makes you less efficient whereby the spring-like bouncing motion becomes impaired when ground contact time is greater (Farley et al. 1991). A number of studies by reputable scientists have indeed proven that this spring mechanism, most optimized when landing on the forefoot, conserves mechanical energy, especially at level ground running, but in order to tap into this when running up a hill, you need to inject a little speed as well as make sure your stride is shortened and step frequency increases.

Faster running speeds while landing on the forefoot also results in lower oscillation of the torso (center mass) (Lazzer et al. 2014; Spurrs et al. 2003), which is associated with lower energy costs by enhancing elastic energy storing and releasing in the muscle-tendon complexes of the leg (Spurrs et al. 2003).

So, put on a smile and don’t be afraid to push a little harder up the hill. It’s a great way to get stronger both mentally and physically.