What causes leg pain while running? We know heel strike running does. This is why you should always land with a forefoot strike. But aside from maintaining the proper foot strike when running, you want to land with your shin in a vertical, not a tilted, position. This ensures the ankle lands under the knee, which in turn reduces parallel braking, a risk factor for anterior biomechanical overload syndrome of the leg, also known as nasty leg pain. 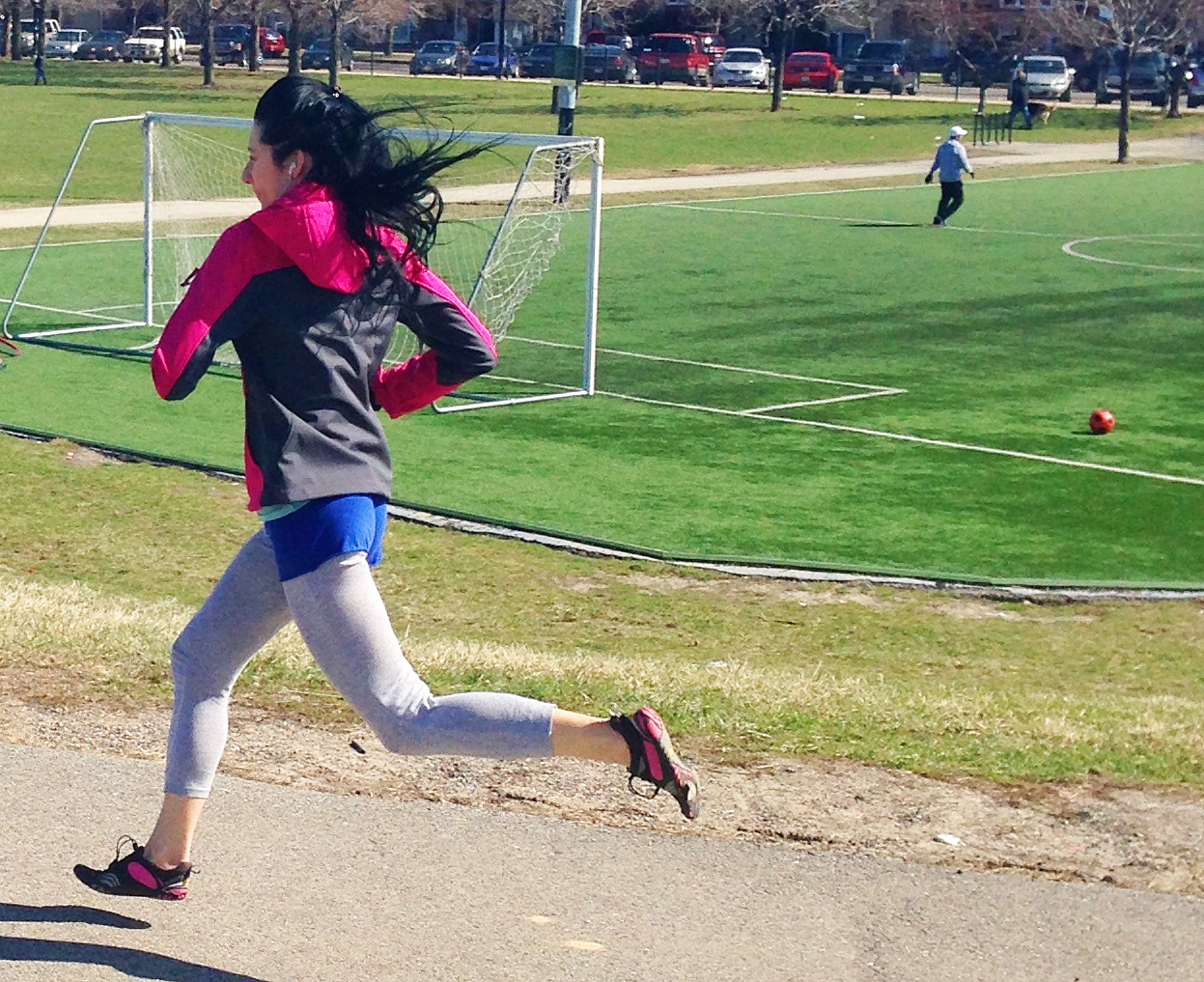 How to Prevent Leg Pain While Running

Most runners extend their leg out in front of them which causes the shin bone (tibial shaft) to be positioned well-ahead of the knee (also known as a vertical tilt of the tibial shaft, or a high tibial shaft inclination angle). The goal is that when your foot strikes the ground when you run, you want to get your shin bone to be positioned more vertically under the knee, not on an angle. The best way to achieve this is by bending your knee (increased knee flexion) at touchdown. Here’s an example below:

One study found that heel strike runners suffering from chronic leg tendon pain who had undergone gait re-training (they were instructed to land forefoot-midfoot) had a reduction in tibial inclination angle (from 11.72 and 11.98 to 2.89 and 2.48!), indicative of a more vertical position of the shin bone at touchdown. As a result, 70% of the runners ran entirely pain-free post-treatment. And when you combine a bent knee with a forefoot strike landing, ample force reduction occurs on the leg, especially at the knee. Runners who continue to heel strike usually show no benefits because of the drastic tilt of the tibial shaft at touchdown, shown below:

Above, shows a typical heel strike landing where a significant proportion of runners who utilize this style of running are more likely to suffer ongoing leg muscle pain as compared with forefoot runners.

Why The Pro’s Don’t Believe in Heel Strike Running

Why Train with a Weighted Vest