How much mental effort do you invest in your mechanics while you run? Probably a lot. Many runners intensively monitor their biomechanics when running. However, over-analyzing your mechanics may increase tension and rigidity in your stride.

But, from an evolutionary perspective, forefoot running may require minimal conscious input. 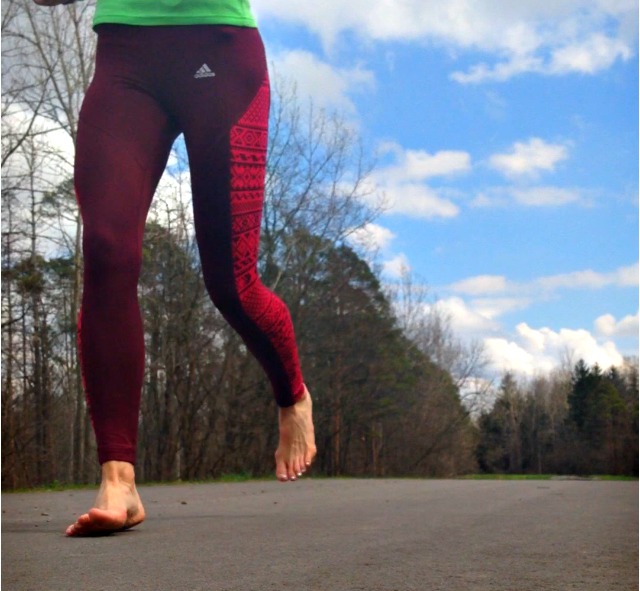 Most of us don’t think about how to walk in order to walk. We just do it, and it happens almost involuntary. Much of the action of walking is under involuntary control via the central pattern generators which consists of circuits for coordinated control that resides in the spinal cord.

Involuntary control of movements is dictated by the central nervous system which includes the spinal cord. The spinal cord contributes to rhythmic motor activity, such as walking, which is the reason that little conscious effort is used to walk, and possibly, to run forefoot.

Our Ancestor Ran Properly, But Knew Nothing About Biomechanics

The further you look down the evolutionary chart, the less human-like and more apelike our ancestors were. Yet, recent paleontological discoveries led experts to categorize hominids, who roamed the plains of East Africa 4 millions years ago, as modern humans (like us today). And, like many of us today, hominids were runners, but ran longer distances, barefoot.

Obviously, hominids knew nothing about biomechanics, so how did they know to run safely? The answer lies within the reflexivity of the central nervous system.

Hominids lacked the complexity of cognition of humans today, thus hominids were a stimulus response machine. Moreover, to eat, they needed to run after their prey, and since hominids ran barefoot, they adapted a safe style of running via selective pressures.

The evidence comes from an array of new data that tell us how and why our ancestors were forefoot strikers, not heel strikers.

For instances, stepping on a thumb tack while barefoot, activates sensory receptors in the foot, resulting in impulses to the spinal cord, which in turn automatically causes your foot to pull away from the sharp object to avoid further pain.

Therefore, certain aspects of running must have been reflexive, under involuntary control via a central pattern generator of the spinal cord and this reflexive style of running, forefoot running, was carried forward in the human lineage.

This may account for the high injury rate among joggers, as most joggers do not run with a forefoot strike, rather, they are heel strikers.

It would then follow that the human body has not yet adapted to heel strike running. When it does, I bet injury rates will plummet, however, on average, it takes millions of years for a gene to change. For now, our ‘running gene’ shaped by evolution, instructs us to use a non-heel strike landing for less impact.

This led me to question the complexity of running. Is running all that technical? Unfortunately, it is in habitually shod populations. The problem is, the naturalness and reflexive components of forefoot running is profoundly weakened as a result of athletic footwear.