Although the evolution of human running over the course of millions of years cannot be observed, witnessing the damaging effects of heel strike running is enough to make you believe that hominids, who ran long distances barefoot, were probably not running around on their heels.

How our ancestors ate was by running whereby forefoot running made it possible for early humans to interact safely with the ground while running barefoot. Running was the only effective strategy to hunt for food.

Even though our ancestors were defenseless in appearance -they didn’t have sharp claws, or bone crushing jaws, we somehow evolved as dominant predators.

Around 2 million years ago, early humans ate meat and lots of it.   We were the superior hunters.

An article by Lars Werdelin in the 2013 November issue of Scientific American, suggested that as soon as our ancestors hunted meat, we are to blame for the extinction of other carnivores:

But, how did we do it?  The answer is endurance running. 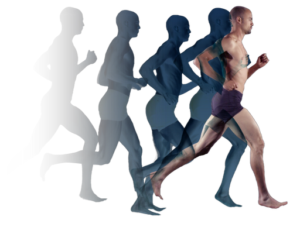 Humans persistently ran after their prey until it became exhausted.

But wait a minute, more than half of recreational runners sustain a major running related-injury each year.

How did our ancestors avoid injury, especially if they ran barefoot?  Doesn’t running expose the body to greater forces than walking?

Compelling evidence indicates that unlike most runners today, our ancestors may have been forefoot strikers, not heel strikers.

Heel strike running may come with a series of problems starting with the shock wave produced at heel strike which penetrates through the heel, up the body and into the head.

Undoubtedly, most running populations are heel strikers, but many elite distance runners and habitual barefoot runners are forefoot strikers: 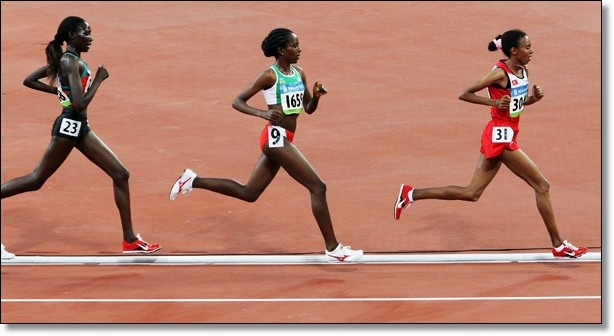 Perhaps the smoking gun in the case of injury prevention in running will turn up not among the running footwear, but among how humans were originally designed to run based on what we now know about the role of endurance running in the unprecedented hunting ability of our ancestors.