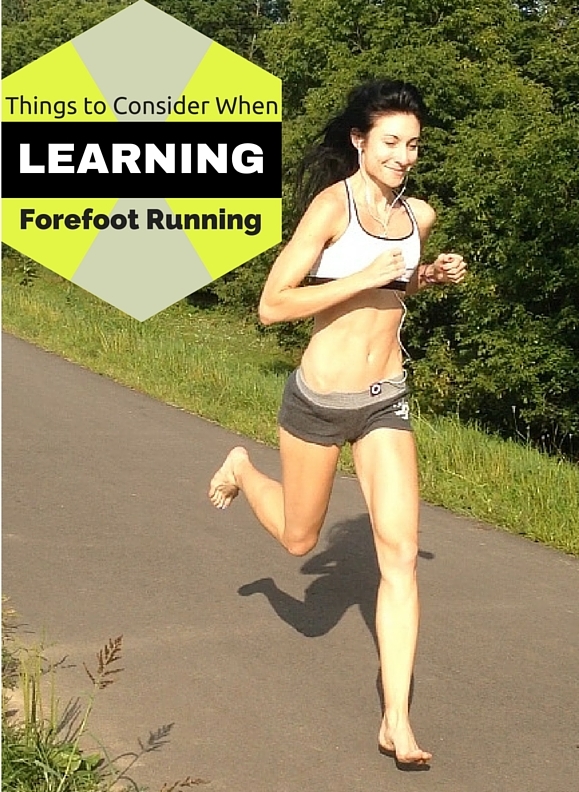 Here are the reasons that influenced my decision to become a forefoot striker once and for all.

Be Patient with Forefoot Running

It is well documented that humans ran barefoot and ran with a forefoot running style for millions of years.

Not if you have been heel striking for many years before transitioning.

If have you been heel running for many years than heel running mechanics are habituated in the neuromotor system. Habits often take time to break.

In time, depending on your learning curve, you will eventually replace your heel running habits with forefoot running. This is the same as an adult learning to ride a bike for the first time -it can be done, but with time and lots of practice before the movements are automated.

The movement patterns of the lower leg and feet in forefoot running are completely different from heel running. These are big changes in biomechanics and you will not adjust overnight. Of course however, everyone adapts at different rates, but patients is the key, hang in there, you’ll get it.

No More Jogging. Time to Get Faster, and Faster

I’m not telling you to sprint, but pick up the pace! Forefoot running at a slow pace will feel awkward and difficult, and is why you are not adjusting well.

With my experience, I purposely ran slow on my forefoot under the assumption that running slower equated to less impact and therefore, would prevent injury during transitioning. However, this was the worst strategy to learn forefoot running as I suffered endless bouts of shin splints and running slow made forefoot running feel unnatural.

If 7.5 to 11 mph intimidates you, don’t worry about numbers, just run a little faster and find that speed where your stride starts to ‘smooth out’ and the interaction between you and the ground feels lighter and softer. Hold that speed and the feel of the smoothness in your stride at that pace for as long as you can -this fixed my shin splints.

When you run slow on your forefoot, you restrict the spring-like properties of the hind-leg and end up trotting with a ‘thud’ in each step, which increases jarring and braking. And, you would assume that increasing running speed would increase collision forces with the ground -this is true for heel running, not forefoot running.

Running faster on your forefoot and trusting your body, enhances the spring properties of the lower leg, promoting a more fluid, graceful stride. It will feel better, trust me!

Never be afraid of running fast, you are probably a lot faster than you think, thanks to forefoot running.

Bramble, M.D. and Lieberman, E.L. (2004). Endurance Running and the Evolution of Homo