The sure way to run smoother is with forefoot running instead of heel strike running. Why not heel strike when running? Running with a heel strike allows for a more rigid gait due to repetitive braking during each step. 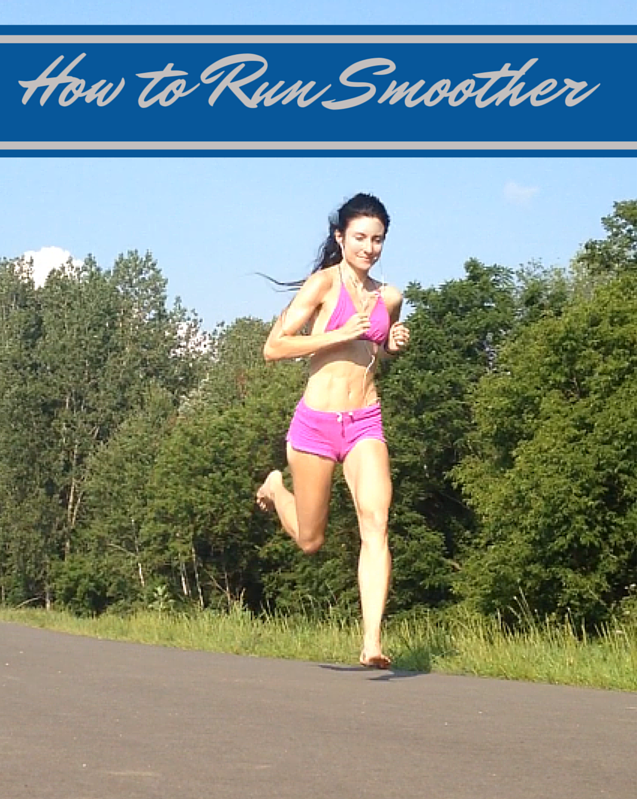 How to Run Smoother

A study by Jungers (2010) compared the biomechanical parameters of forefoot running and heel striking and found that the movement pattern of the foot in a forefoot strike may allow for a more smooth, glide-like stride compared to a heel strike.

How exactly does a forefoot strike allow for a smoother ride than a heel strike?

Below, shows the stages of the motions of the foot in a forefoot strike that allows for gradual deceleration at ground-contact. Comparatively, heel striking produces a rapid deceleration force equivalent to the mass of the body colliding with the leg.

In a forefoot strike, the specific motions of the foot are less rapid, or jarred compared to a heel strike and may reduce or prevent the sudden forces with high rates of magnitude of loading found in heel striking.  This is why forefoot runners glide; whereas heel strikers often look choppy.

In addition to landing squarely on the heel, heel strikers tend to take larger, lunge-like steps and over-stride (shown below), which also reduces stride smoothness.

Dr. Daniel Lieberman and his colleagues at Harvard University suggested that heel strike runners must repeatedly cope with the peak impact forces related to rapid deceleration.

Most joggers are heel strikers where the injury rate is consistently high. Elite distance runners and barefoot runners are mostly forefoot strikers and do not encounter the severity of injuries of heel strike runners.

The collision force due to rapid deceleration in heel strike running has a jolting effect on the body that kicks off a chain of downstream effects that include vibration of soft tissue compartments and greater loading on the joints.

Based on the high injury rates in joggers, the human body has not yet evolved coping mechanisms at the physiological level to absorb and attenuate the shock of heel strike running.