Hesper et al.,(2015) used an MRI-related technique called T2 mapping to assess changes in articular cartilage of the knee in non-professional heel strike runners, before and after a marathon. 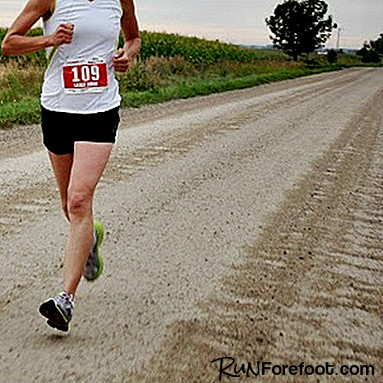 The results showed a considerably lower cartilage T2 value in the medial tibial plateau of the knee which may indicate early signs of knee cartilage degeneration due to the repetitive high-impact joint loading of heel strike running.

Moreover, Mosher et al. reported lower T2 values in the femoral cartilage after 30 minutes of running and was assumed to be from the reduction in cartilage matrix volume due to pressure-induced cartilage compression. How does this happen?

In the current study, the researchers also found that the patellofemoral joint and the medial compartment had the highest changes in fluid shifts within the articular cartilage which in turn, may increase vulnerability to cartilage degeneration due to high-impact repetitive loading.

In running, changes to the knee cartilage architecture is often load-dependent where heel strike running produces the greatest loads on the knee compared to forefoot running. Forefoot running enhances the ability to manage knee-joint loads via eliminating maximum knee extension.