If you just started learning forefoot running and you have experienced lateral knee pain when running, also known as ITBS, the source of the condition is not your form, but rather weak abductor muscles. 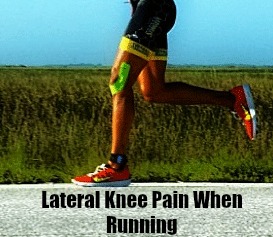 How to Prevent Lateral Knee Pain When Running

Abductor weakness allows for a narrow step-width running pattern, or a crossover running gait, which causes the iliotibial band (IT band) to compress the fat pad beneath it.

To relieve compressive forces on the fat pad, do the exercises (shown below) to strengthen hip abductors as doing so will widen your step-width when you run.

Below shows the effects of weak abductors on gait and lower leg alignment in a runner:

Below, is how your thighs and knees should be spaced apart in the stance phase of running:

The thighs should have a straighter alignment as shown above with Ryan Hall who demonstrates this perfectly!

Below, are key abductors strengthening exercises that will widen step-width and eliminate crossover running.

~Run forefoot, you are faster than you think!~