Knee pain after jogging may be due to a high mileage of jogging with a heel strike landing as landing this way on the foot during jogging increases the risk of knee lesions. 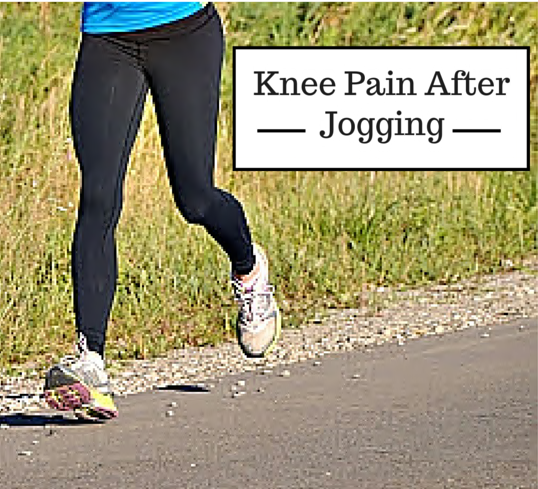 Below are illustrations taken from the study showing the heel strike induced-changes in the knee-ligament architecture.

How did this happen?

In heel strike running, the most common running style in joggers, the knee is not flexed at initial contact and the ankle is dorsiflexed (forefoot is pulled back to heel strike).

Sustaining the high ground reaction force during heel strike running results in a repetitive increase in external loading on the knee-joint which in turn produces transient intrameniscal lesions immediately after running.

Based on the data, the researchers came up with a twist: osteoarthritis is linked to low to moderate levels of physical activity, yet the joggers with high running mileage had a higher percentage of slight chronic cartilage lesions in the knee! 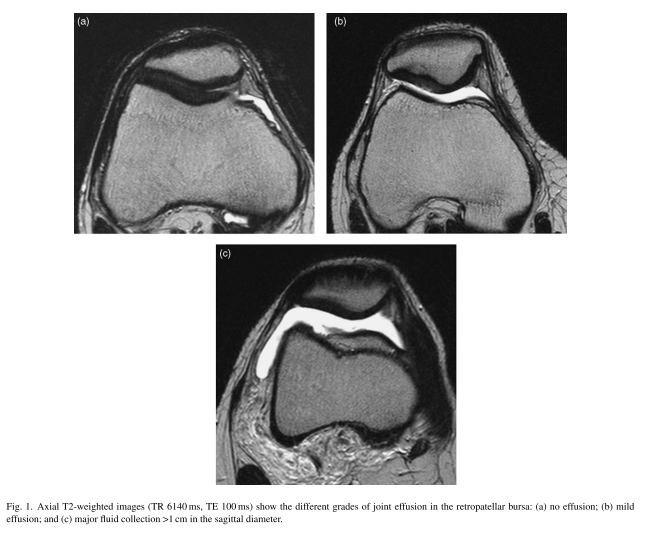 The researchers reasoned that joint effusion at the knee is likely a by-product to a better adaptation by the knee joint to manage the repetitive external loads induced by heel strike running.

Arguably, the knee joint is a closed musculoskeletal unit where unceasingly fluid production is never a good thing. In the same study, mild joint effusion at the knee was present in more than half of the joggers!

On the other hand, a forefoot running style is more than enough to prevent the formation of knee lesions as well as fluid buildup in the knee-joint.

Traditionally we think of running as an activity that is bad for the knees. That is clearly true if the runner heel strikes. However, in forefoot running, knee flexion is higher and the ankle is plantarflexed at initial contact, preventing impact from pervading the knee. Instead, the mechanical work is redistributed away from the knees to the ankles where it should be. Why You Must Always Bend Your Knees While You Run