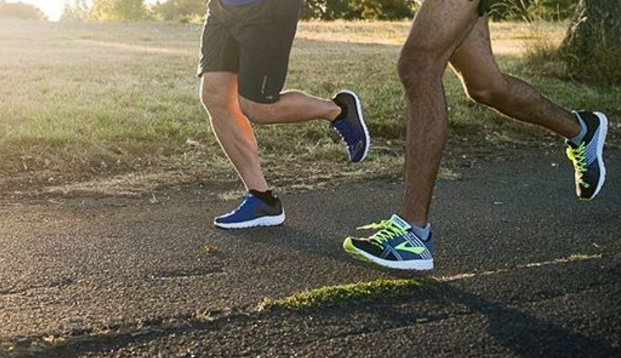 How to Stop Pronation Problems During Running? Not with Stability Shoes

The stiffness of the shoe at the transverse talar (the joint of the foot just below the ankle) and tarso-metatarsal joints (the joints in the top midfoot and forefoot) resulted in greater rearfoot movement compared to running barefoot. A stiff sole leads to a small angle of torsion (twisting force) of the foot during both forefoot and heel strike running.

The researchers concluded that running shoes influenced rearfoot instability by which problems, in terms of injury, are sure to arise.

Other studies have found that motion control running shoes did a poor job of correcting pronation. Yet, to overcome this challenge, barefoot running provides optimal conditions for self-control of the foot.

At touchdown, the forefoot naturally goes into eversion which is independent of the rearfoot, therefore the rearfoot remains stabilized or undergoes minimal pronation in barefoot-forefoot running.

Even though pronation varies with foot strike, it is with shod conditions that larger changes in pronation takes place.

Most running shoes are designed to reduce pronation at the rearfoot, whereas the influence of the forefoot on pronation is never taking into account. But that doesn’t matter now because barefoot running reduces pronation if a proper forefoot strike is utilized.

The findings are promising for barefoot running, debunking the notion that our feet are extremely fragile units, when in actuality, the feet do a better job than shoes at making fine corrections in foot movements.