Have you ever suffered a metatarsal stress fracture from running? It’s a common running injury, but why? Humans evolved to run –on our feet– barefoot. Barefoot running without injury, was astonishingly achieved by our ancestors. We therefore, evolved to have strong feet, particularly strong foot bones, such as the metatarsals.

The problem today is that conventional wisdom suggests cushioned running shoes are vital for protection, but many runners are abandoning their running shoes in favor of barefoot running or minimalist running simply because they run pain-free when they run shoeless. 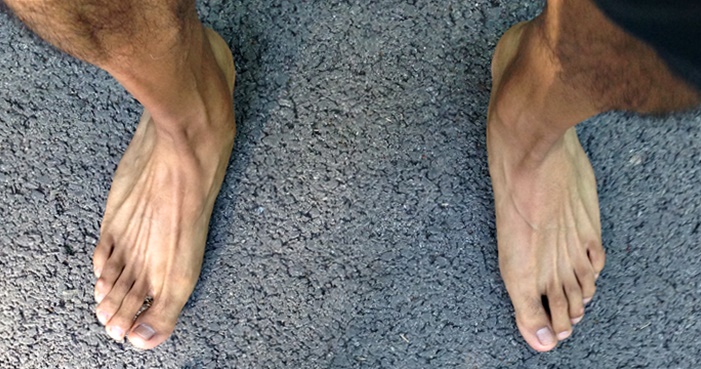 A metatarsal stress fracture is not something you want. It’s very painful and requires months to fully heal. In fact, studies have shown that cushioned running shoes increase the repetitive exposure of impact pressure and loading within the foot in such a way that results in bone fatigue, causing fracture.

Ever wonder why these impact variables arise during running? Believe it or not, cushioned running shoes increase these types of impacts during running because they cause the foot to strike the ground faster and harder, which ends up fatiguing the bone if you run long distances, or if you run at fast running speeds.

Most conventional running shoes have an elevated heel,  yet the purpose of the raised heel is under speculation as injury rates among runners remains unacceptably high.

In short, the biomechanical impairments associated with heeled running shoes contribute to soft tissue damage of the foot resulting in foot pain and injuries such as metatarsal stress fractures.

Evidently, research suggests that the 1st and 2nd metatarsal heads do not have the capacity to effectively dissipate impact related to heel strike running.

Likewise, it is excepted by many experts that a runner should make initial contact with the ground on the forefoot (balls of the foot, shown below) underneath the 3rd, 4th, and 5th metatarsal heads as this portion of the foot has been shown to be better able to absorb and distribute plantar pressures. 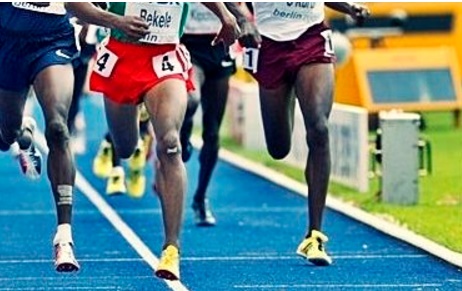 How to prevent cold toes in the VFFs during the winter

Why increasing your foot’s proprioception can be an advantage

Running faster causes you to run with less impact