Running at faster speeds, while running with a forefoot strike, believe it or not, creates low impact conditions that positively effects nervous cell function in a way that allows nerve cells to communicate better with each other. 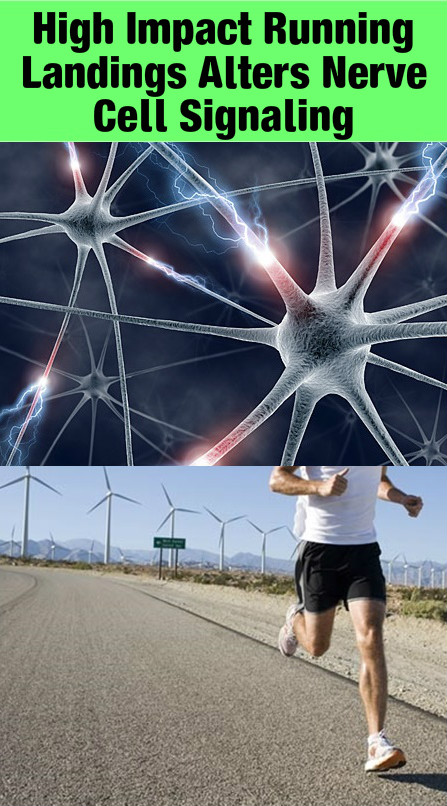 How Running Fast, on the Forefoot, Improve Nervous Cell Function

Physiologically, motor nerves that fire faster are better insulated and are thicker in diameter, which optimizes signal conduction velocity [2], suggesting that through some mechanism, speed-work may improve motor nerve function.

There’s a good chance that a link between high impact landings in heel strike running and alterations in motor nerve function exists.