I get the odd comment about my running arm swing and arm carriage in that some say I shouldn’t carry my arms as high as I do and that I should suppress my arm swing a little more. But my unique arm swing and carriage feels comfortable when I run. It works perfect for me and I’ve had great results with it regarding run times. I also noticed that most East African runners have different arm swing styles than most joggers, even different from US elite distance runners.

Normally, runners are told to carry their arms low and alongside the waist and to pump their arms straight back-and-forth and NOT to have them cross the chest. But, did you know that there is not one study that proves this classic arm swing style recommended by most running coaches actually works? 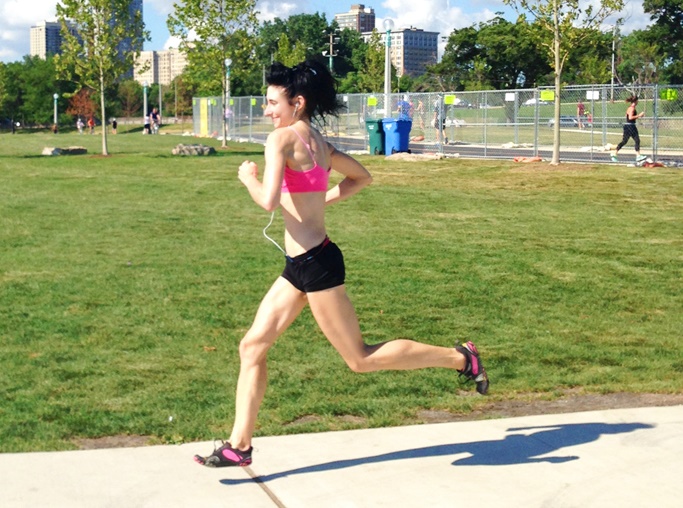 Of course, arm swing is essential to running because it stabilizes the upper body, including the head (Arellano and Kram, 2014; Pontzer and Holloway, 2009), but it turns out that how you swing your arms might not really matter as long as you feel comfortable and you have a good flow going on. Moreover, there have been so many inconsistent findings proving that the classic arm swing style for running is beneficial to running economy. In fact, swinging your arms across your chest has not been shown to reduce running economy or cause injury. Ultimately, there is no evidence suggesting that a runner can tweak their arm swing to improve their performance and a runner is better off using their natural running arm swing -whatever that may look like — to run most efficiently (Moore, 2016).

The Truth About Running Arm Swing

When I watch Tirunesh Dibaba and other East African runners compete, I am amazed at how smooth and relaxed their arm swing is. The way they swing their arms makes it look as if they are jogging! My arm swing looks the same –relaxed and effortless when I’m running at a 7:00 min/mile, or slower, but when I run faster –5:50 min/mile — my arm swing is out of control and hard to control as well. My arm swing becomes a little chaotic at faster paces for a good reason though, and this reason is lateral balance.

Why can an elite runner have a controlled, relaxed-looking arm swing at paces quicker than a 5:00 min/mile and I can’t? Although it is tempting to try my best and control my arm swing when running at faster paces, doing so might work against me.

My body is not used to running and maintaining a super fast pace whereby the faster I run, the greater my lateral balance is challenged, this is where a greater arm swing comes in. One may think that a greater arm swing might impair balance, but it does the opposite when you are running really fast.

Below is of Tirunesh Dibaba running with a relaxed arm swing, but when she runs really fast, she lets her arms swing harder, which is helping her achieve better lateral balance stability. 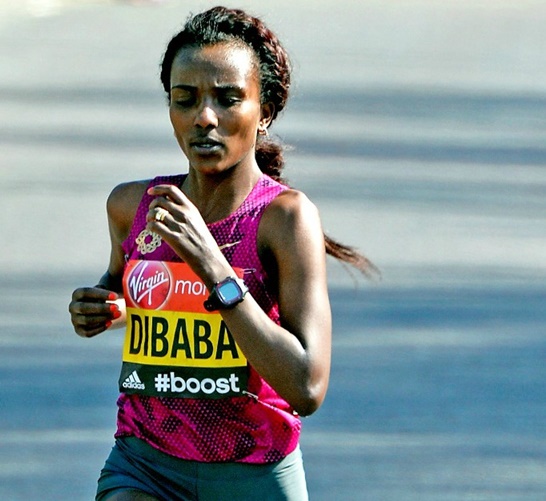 When you run really fast, let your arms do what they want, don’t try to suppress their swinging motion, even if they feel as if they are swinging too intensively. Arm swinging when running is very important, especially at faster paces, because it reduces energy costs, but more importantly, swinging your arms allows more energy to be saved by improving lateral balance and reducing step width variability (Arellano and Kram, 2011)  –side note: high step width variability during running may increase the risk of ITBS, so it’s important to have a constant, stable step width when you are running.

Another important thing to mention is that when you suppress your arm swing at faster running speeds, doing so will cause your cadence to be too high, which will cause you to use more energy (Cavanagh and Williams, 1982). Note: your cadence will naturally increase at faster running speeds with a forefoot strike, you don’t need your cadence going any higher and it will if you try to suppress your arm swing. Your arm swing will calm down once you build muscle memory associated with running at faster paces, with that, your lateral balance will improve, too –this is why your arms wont need to swing as much.

So the take home message here is that the faster you run, especially if you aren’t used to speed-work, the greater your lateral stability maybe a little compromised, and to compensate for this, your arms naturally swing harder –they may even swing out farther away from your body, but whatever your arms chose to do, let them go, don’t suppress their activity because you need your arms swinging to help anchor your stability.

Cavanagh, P.R., Williams, K.R., 1982. The effect of stride length variation on oxygen uptake during distance running. Medicine and Science in Sports and Exercise 14, 30–35.

Moore, I. Is There an Economical Running Technique? A Review of Modiﬁable Biomechanical Factors Affecting Running Economy. Sports Med, 2016;46:793-807