I personally have never tried KT tape for running, but I see many runners with a strip of tape on their thigh and I ask myself what does KT tape do for runners? Are these runners injured? Or, do they need the tape as a quick fix for a biomechanical flaw? According to a new study, KT tape does very little to correct abnormal leg mechanics during running, suggesting that the tape would do very little to prevent injury, too. 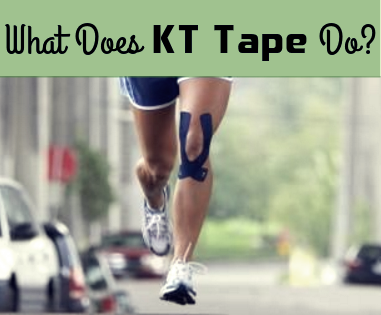 What Does KT Tape Do For Runners

A study by Howe et al. 2015 compared the effects of KT tape vs no-tape on anterior and posterior hip forces, knee flexion angular velocity, knee extensor moments and hip flexion in recreational long distance runners and found that KT tape had no influence on hip and knee biomechanics as compared with no-tape which raises provocative questions about the efficacy of athletic tape, particularly KT tape.

The authors did not mention if these runners were heel strikers or forefoot strikers, but in one respect, adopting a forefoot strike running style, especially when running barefoot or in barefoot style running shoes, reduces knee extension by increasing knee flexion and reduces forces on the hip.

So, don’t fall into the trap of relying on external supportive devices for running. Don’t waste your time on such things, this should be obvious. Instead, put your time into learning the proper running technique, starting with learning how to land on your foot when running and you wont be troubled with knee or hip problems.

Best Places  to Get The Vibram FiveFingers

Why Some Forefoot Runners Get Sore Calves