Heel strike running causes Achilles injury more so than forefoot running mainly because pronation duration is longer than in forefoot running, allowing more time for unwanted foot movements to occur that increase strain on the Achilles.

A systematic review by Tonoli (2011) on running-related injuries found that Achilles tendinopathy was the most common injury in recreational runners, most of which were heel strikers. 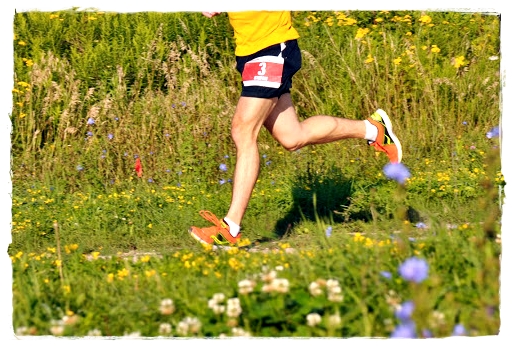 How does heel strike mechanics contribute to Achilles injury

Additionally, the researchers suggested that prolonged pronation increases torsional forces on the tibia as the weight passes over the foot, which may cause vascular impairment and degenerative changes to the Achilles tendon.

Ground contact time as well as stance time is lower in forefoot strike running which may limit prolonged pronation thereby relieving tension from the Achilles tendon.

Pronation in running allows the leg to absorb impact. Changes in force at foot strike may also affect pronation.

In all, forefoot running may involve other impact absorbing mechanisms which may result in less pronation compared to heel strike running.

However, more work is needed to give us a better understanding of the relationship between foot strike mechanics and Achilles disorders in runners.