Barefooting running helps train you to better recognize your forefoot strike landing. But there is another benefit to running barefoot: it reduces stride length. 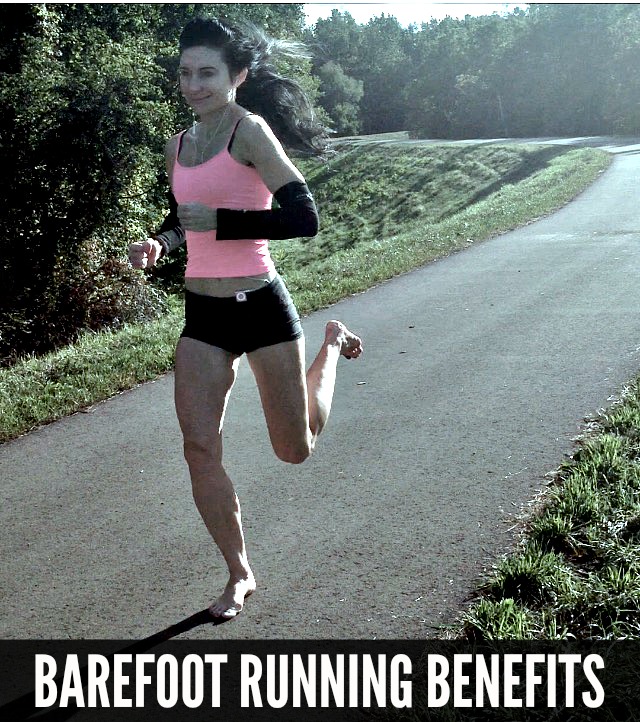 Barefoot running plays a central role in improving leg swing mechanics, especially in shod heel strike runners. However, the mechanical benefits of barefoot running seems to have faded, overshadowed by the odd study that likes to point out that barefoot running does not always prompt an automatic forefoot strike.

Nevertheless, Thompson et al. (2015) revived the fact that some of the most successful changes in leg swing mechanics occurs during barefoot running, not shod running.

For example, the shod heel strike runners who switched to barefoot running exhibited more plantarflexion rather than dorsiflexion at touchdown and had an 8% reduction in stride length compared to the shod heel strike running condition. The barefoot runners also had a significant reduction in the impact peak magnitude of the vertical ground reaction force.

The natural shod forefoot runners also benefited from barefoot running as they showed a reduction in stride length as well.

When the ankle is plantarflexed upon touchdown, the foot is in a favorable position to forefoot strike and a forefoot strike is the principle in reducing stride length compared to a heel strike landing.

Truly, the global concern is footwear. Many runners are unaware that cushioned heeled footwear poorly prepares them for running.

Heel strike runners who suffer injuries should start with the obvious stuff: run barefoot gradually, adopt a forefoot strike, but if you are not interested in going barefoot permanently, at least wear barefoot-inspired footwear.

All in all, the findings reinforce the fact that barefoot running provides the tools shod heel strike runners need to change their gait in positive ways. The findings also has given us a compelling idea about what conventional footwear has done to us and about the potential of barefoot running has for helping us solve shod-related gait problems.

To get started on running barefoot, here are some handy tips! Running Barefoot on Pavement vs Grass Lieberman DE. What we can learn about running form from barefoot running: an evolutionary medical perspective. Exerc Sport Sci Rev, 2012; 40:63-72.