Part of the reason why running barefoot on grass is a problem to a beginner forefoot runner is that it makes landing on the heel more comfortable. However, even though there’s a feeling of comfort when you heel strike on softer surfaces, the heel strike-transient is still present, which is related to a high incidence of running-related injuries. Therefore, you are going to have the best advantage of developing a safe forefoot strike landing if you run barefoot on pavement, and here is some research to back this up. 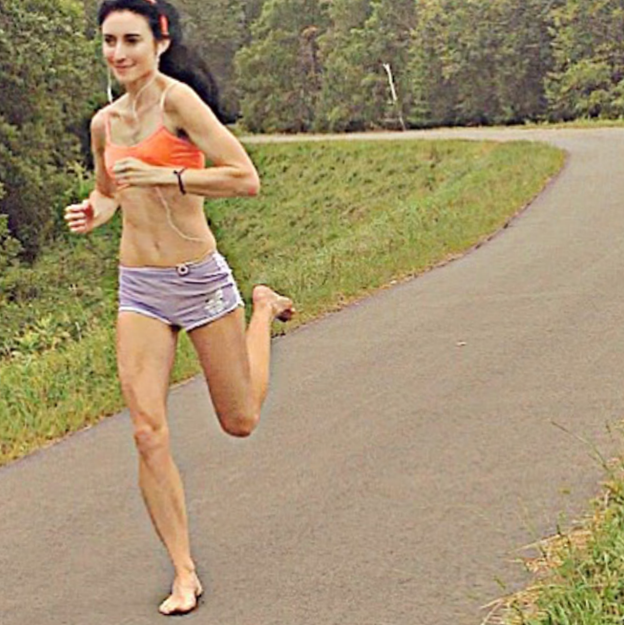 Why Running Barefoot on Pavement is Better than Grass

The findings of a recent study provided evidence for the idea that running barefoot on pavement is the best strategy to avoid heel strike.

The problem with learning forefoot running by running barefoot on softer surfaces such as grass, and especially if the learner was a shod heel striker, is that surface softness makes it easier or comfortable to maintain heel strike.

Conversely, running barefoot on pavement makes it easier to discourage heel strike as the lack of cushioning in the heel pad causes heel strike to feel relatively painful.

For instance, Gruber et al., (2013) found that heel striking was maintained when habitual heel strikers ran barefoot on a soft, matted surface. However, more than half of the participants adopted a forefoot strike when they ran on harder surfaces.

The researchers concluded that habitual heel strikers are more inclined to make the unconscious choice to adopt a forefoot strike when running barefoot on hard surfaces.

Even though our ancestors were not running on pavement, you have to remember that the surface of which they ran barefoot on was relatively hard (hard dirt, rock etc) and not soft and plush like well-manicured grass.

The findings also reinforce the recommendations from Dr. Lieberman and Christopher McDougall, both suggest running barefoot on pavement is the best way to learn to interact lightly and safely with the ground and therefore prevent heel strike.

More For You From Run Forefoot: