Learning forefoot running does not have to be overwhelming. In fact, thinking less about how you are running may help you coordinate your movements more efficiently. For example, external focus of attention instead of internal focus of attention enhances the natural reflexivity of the lower leg, promotes a more fluid gait, and reduces movement rigidity in forefoot running learners and therefore improves the experience of learning a new running technique. 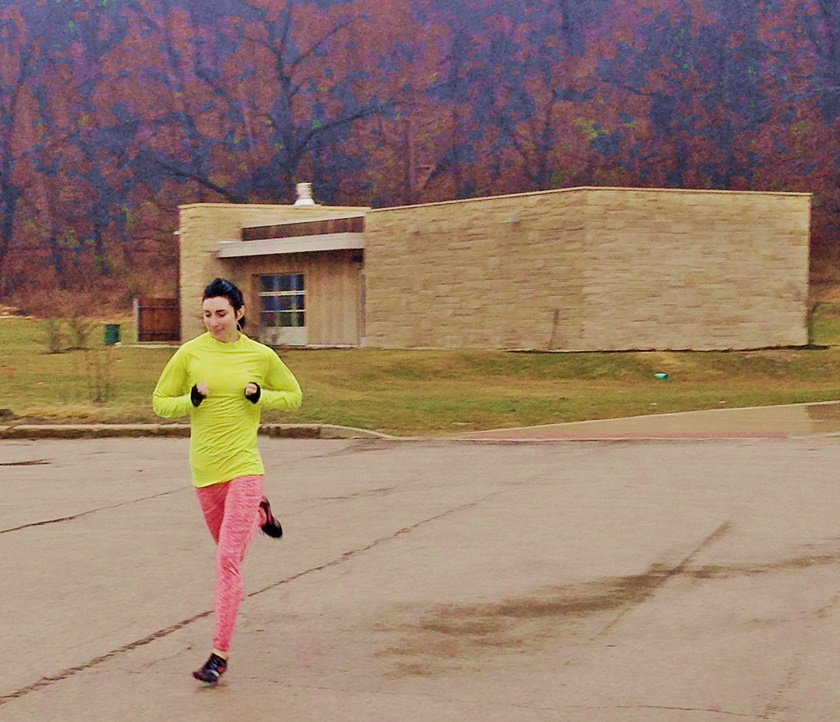 Many runners believe that biomechanics need to be mentally monitored while running to prevent movement deficits and maintain efficiency, however over-thinking your mechanics may cause you to run less accurately. This is why many elite distance runners tend to ‘zone out’.

In turns out that zoning out via external focus of attention may allow the forefoot running technique to occur more naturally.

During my transition from heel striking to forefoot striking, I was overwhelmed with instruction when running: land on the balls of the foot, quickly remove the foot from the ground, bend my knees, land softly and quickly, take smaller steps and don’t over-stride, don’t heel strike, run faster, breathe, control arm swing, relax feet, lean from the ankles and not at the waist, and don’t over-lean -see how learning a new running technique can be daunting?

Hyper-focusing on multiple aspects of your biomechanics all at once while you run is mentally draining and will cause confusion and frustration and reflect how you move.

Over-thinking your mechanics while running will cause muscle tension and premature fatigue and running becomes more challenging than fun.

What is the difference between external and internal focus of attention?

An example of using external focus of attention in forefoot running:

External focus cues may increase movement efficiency compared to internal focus cues because attention is diverted away from the action (i.e. foot strike), allowing the central nervous system to respond automatically and produce a natural, rapid response towards the movement.

In the beginning stages of learning forefoot running, especially if you were a heel striker, you do need to pay attention to your mechanics to some degree. But once you master forefoot running, you will benefit from external focus of attention because the forefoot running style may be more subconsciously controlled thanks to evolution and the central pattern generators in the spinal cord.

Recent analysis of how humans evolved as barefoot endurance runners shows that the human anatomy of the lower leg facilitated long-distance running, which allowed our ancestors to chase down prey.

For our ancestors, to survive meant to run daily.  They had no concept of biomechanics. They just ran, giving zero thought as to how to run, as running, like walking, may be autonomic.

Other work shows that a forefoot strike, not a heel strike, may have been the preferred foot strike of our ancestors because it may reduce impact forces. Habitual barefoot runners also land on their forefoot, not their heel. Therefore, humans may be evolutionary hardwired to run on their forefoot using minimal conscious control.

Why Not Internal Focus of Attention?

If forefoot running requires little conscious effort because it is under autonomic control, overriding autonomic movements by employing demands that are consciously driven may interfere with the body’s preferred movement path and may have performance or injurious implications.

To run better, focus more on how the actions makes you feel (the outcome) instead of how to move a particular body segment

By diverting attention away from the specific movements, the movement of the body will coordinate more naturally in forefoot running.