When learning a new style of running, I think its natural for runners to start off slow by running super slow. For example, many runners run very slow when learning forefoot running, but after looking into the research, the reason that running slow isn’t a good thing is clear: it feels uncomfortable and its mechanically inefficient. So, running fast is better than running slow when forefoot running and I’ll give you more detailed reasons why. 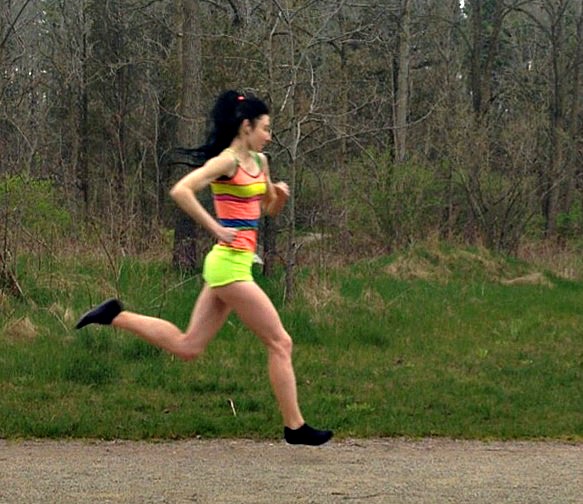 However, subjects reported that the forefoot running technique felt natural and smoother when running at faster speeds (9 mph to 11 mph).

The researchers did not provide an explanation on the perceptual variation associated with the forefoot running technique at certain speeds.

However, the ‘smooth and natural’ feeling reported by the subjects reflects the body’s natural tendency to land with a forefoot strike as running speed increases. Other work has shown that heel strikers almost instantaneously adopted a forefoot strike while sprinting.

The researchers also suggested that when running at faster speeds, the heel strike to forefoot strike transition may be an energy-saving mechanism of the body.

Why the Body Ditches the Heel Strike When Running Fast

Therefore, it would make sense for the body to adopt a forefoot strike to reduce impact and thus avoid pain and injury when running at faster speeds.

In contrast, heel strike running results in longer ground-contact time whereby the longer the foot is on the ground, the higher the force exerted between the body and the ground.

If you want to run faster, but are a heel striker, switching to the forefoot running technique is a sensible path since not only sprinters, but the top marathoners in the world run on their forefoot, not their heels.