Forefoot running, especially at faster running speeds was found to correlate better with less mechanical overloads on the shins as the shins may be less burdened at touchdown compared with heel strike running.

As for running faster, although it may seem risky, that is only true if you run with a heel strike because all the forms of impact unique to heel strike running grows in proportion to your weight and speed and are strongly linked to injury.

Likewise, when you run really slow coupled with landing heel-first (heel striking), you tend to thud harder with the ground and the foot’s ground-contact time increases which may free up more time for a different variety of forces (i.e. frictional, rotational and torisonal forces) to be produced and amplified. 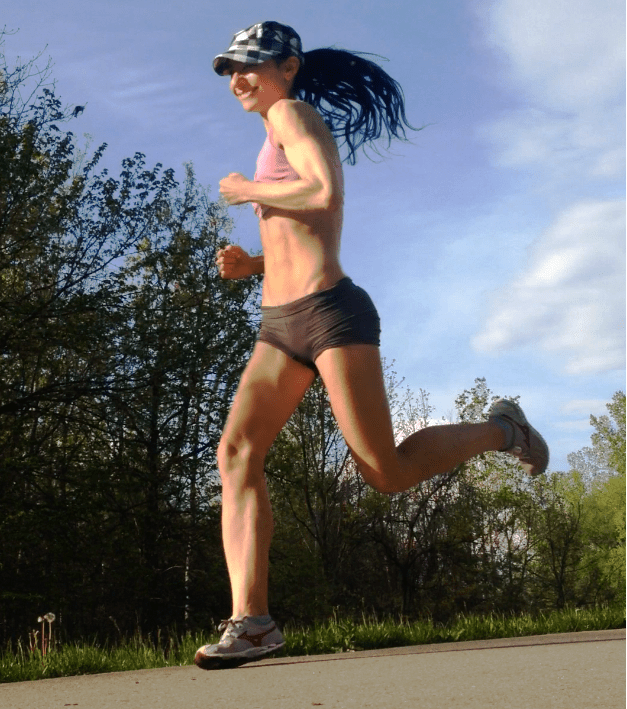 Luckily, landing with a forefoot strike when you run may significantly ease tension from the shins because prior to touchdown, the foot is in a plantarflexed position (shown above), which means the front of the foot points downward towards the ground. This not only results in a smoother placement of the foot with the ground and reduces jarring, but may reduce tibialis anterior muscle (front of the shin) activity which may also reduce the accompanying energy demands that fuels muscle activity. These effects may contribute to reducing vulnerability to shin splints while potentially reducing energy use.

Other studies have also found that when compared with heel strike runners, forefoot runners had significantly less muscle activity in the tibialis anterior during the late swing phase of which a compliment response of this, again, would be reduced muscle metabolism, suggesting that forefoot running may have more mechanical energy-saving mechanisms while doing a better job at safeguarding the shins than heel strike running.

Furthermore, a 2014 in the Journal of Science and Medicine in Sport discovered that increases in running speed directly increased plantarflexion at touchdown which as expected decreased muscle activity in the tibialis anterior, but also reduced ground-contact time (less time for increased force production), suggesting that when you run fast, especially with a forefoot strike, you may have less stress on the lower leg than expected because energetically-taxing muscle activity in the tibialis anterior is more offline and the foot spends less time engaging with the ground.

What Does the Tibialis Anterior Do? 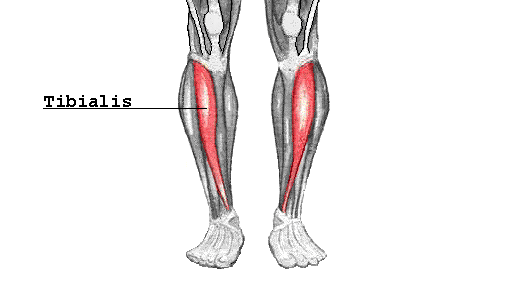 Last but not least, another point worth mentioning is that both plantarflexion at touchdown and forefoot striking while running is consistently seen in habitual barefoot runners, suggesting that this directional movement of the foot may be an evolutionary adaptation that may have helped our barefoot ancestors run long distances without injuring.

If you’ve enjoyed this article, you’ll love my content at my YouTube channel where I speak more on forefoot running vs heel strike running as well as the health and performance advantages of barefoot running.