You may have heard that if you have high arches, you are going to get injured when you run, or if you have low arches, you’re also going to get hurt while you run, however this is only applicable if you are a heel strike runner. A study by Lees et al., (2005) found that arch height had no effects on force variables in forefoot runners. 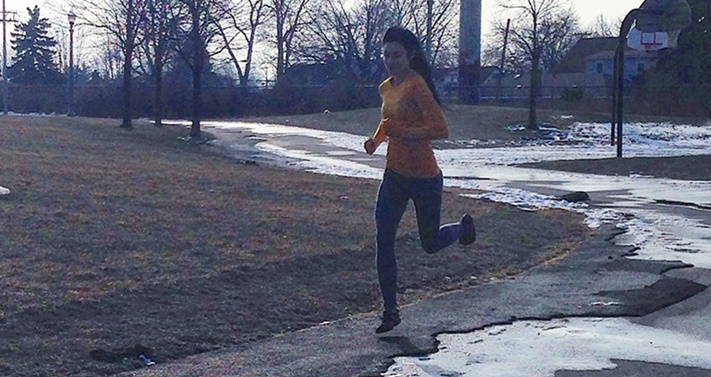 Are High or Low Arches Bad for Forefoot Running?

The researchers concluded that the notion of high arches produces a greater force and low arches produces a lower force during running can no longer be substantiated, in the context of forefoot running that is.

The researchers then speculated that since arch height was unrelated to shock absorption during forefoot running, impact must be taken up by various structures of the forefoot such as the metatarsal fat pads and deformation of a series of joints.

The researchers also found that the dynamic loading rate of forefoot running gave a continuous curve (shown below) that closely resembled the shock absorbing characteristics of other musculoskeletal segments of the body responsible for shock absorption and vibration dampening behavior.

Evidently, then, the shock absorbing capabilities of the foot operates differently in forefoot running than in heel strike running.

Most notably, the fact that arch height, high or low, had no effects on force and loading variables demonstrates that arch height may not be a causal factor for injury in forefoot running.

So, if you are concerned about your low or high arches being a risk factor for injury, if you are forefoot running, don’t worry about your arches because the structures of the forefoot coupled with forefoot strike mechanics such as ankle plantarflexion at touchdown and forward position of the center of mass have proved to play a bigger role than the arch in buffering against impact.