Running barefoot does guarantee injury free running and the mechanism involved is proprioception.

High exposure to proprioceptive input increases activity in brain areas involved in regulating natural running gait —forefoot running— as well as avoidance behaviors. These areas of the brain include the posterior parietal cortex, the prefrontal cortex and the supplementary motor cortex.

Below discusses the effects of barefoot and shod conditions on the capacity of these brain areas to regulate biomechanics during running. 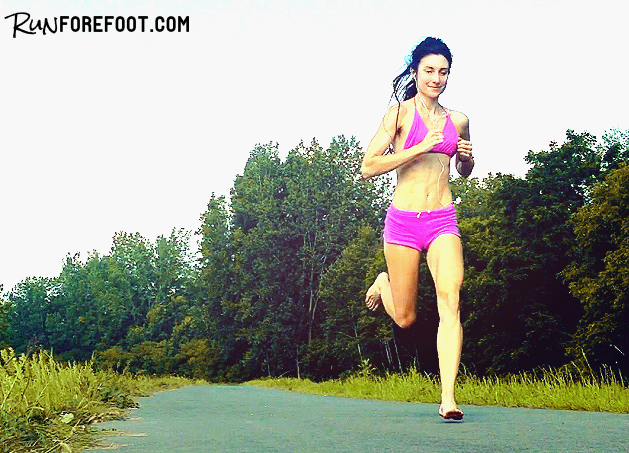 The posterior parietal cortex relies on somatosensory stimuli via proprioceptive input from the bare foot.

When running shoes are worn, runners have difficulty accurately perceiving the part of their foot that is contacting the ground. In many cases, many shod runners who think they are landing on their forefoot, are actually landing closer to the heel.

In cushioned running shoes, the proprioceptive loss results in a poorly planned foot strike, often causing us to land harder on hard surfaces.

This area of the brain directs the planning and organization of a rapid sequence of movements in a particular order.

The proper landing patterns derive from the feeling of intention prior to the movements — the supplementary motor cortex works to ensure that you use the correct sequence of movements to keep your landings soft when you run barefoot.

In shoes however, the true feeling of the ground is lost, and you have less of an urge to pull or retract the foot from the ground. This is why many shod runners have a smaller back kick compared to barefoot runners.

The dissimilarities in biomechanics between barefoot and shod runners imply that the brain behaves differently depending on what you wear on your feet; a running shoe temporarily cuts off the brain’s plantar proprioception supply, making running a risky business for most.

Lastly, it is a well-known fact that the brain is highly plastic and will change in response to a variety interventions. From this perspective, the best biomechanical enhancer for injury free running is running barefoot. Like barefoot runners, runners who prefer barefoot inspired running shoes excel at gaining more control over their forefoot strike, also.

More on How to Achieve Injury Free Running: