Safe running starts with, not only how your foot strikes the ground, but what you wear on your feet as well. This is where barefoot running comes into play. 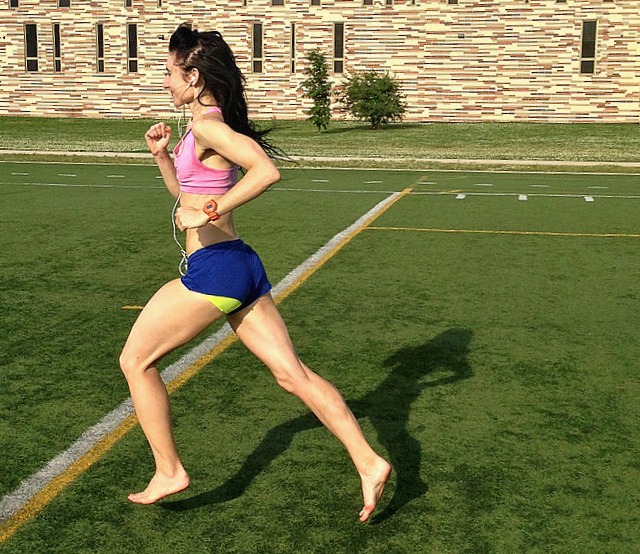 Still need convincing to run barefoot more often? Because of the high density of sensory nerves in the bottom of the feet, the feet are therefore highly sensory-seeking. Since running is, in a sense, guided by reflexes that rely on sensory information entering the feet, running can be thought of a sensory-driven behavior.

Safe Running is a Sensory-Driven Behavior

To promote optimal arousal on the sensory nerves in the feet, it would make sense to run barefoot to improve movement organization as well as optimize attention and foot strike awareness.

On the flip side, sensory problems are known to affect behavior (Smith et al. 2015), thus it is reasonable to believe that thick shoe cushioning would lead to significantly greater sensory processing problems which would also prompt rigid movement behaviors during running. For example, most runners who heel strike, typically run in thick cushioned running shoes whereas most barefoot runners land on their forefoot which produces less impact, joint torque and braking. 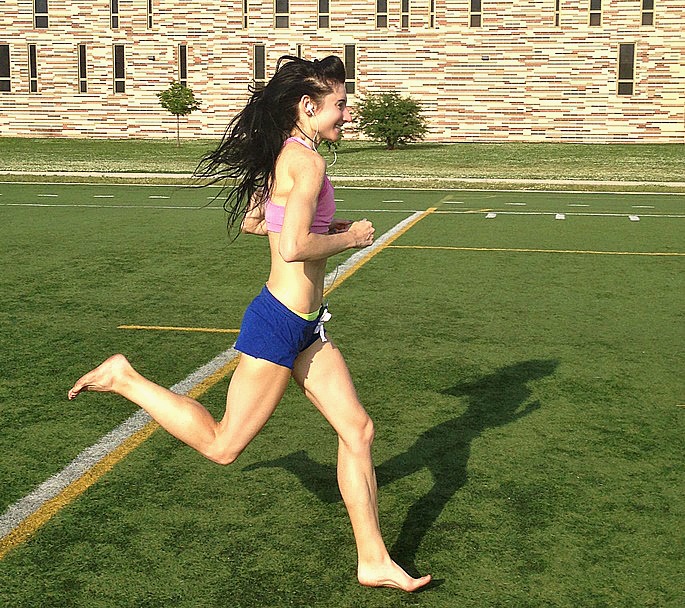 Again, it is reasonable to assume that thick under-foot cushioning is an underlying factor related to movement problems (i.e. high impact-heel striking) that produces repetitive stress on the body and leads to injury.

To fix stress-producing mechanics during running and thus, reduce your risk of getting injured, the best intervention is AGAIN, barefoot training to improve neurological commands of the legs and feet.

Another very important reason as to why barefoot running is a better choice to re-learn how to run properly is due to inconsistencies in the research and all the conflicting rationales for using other forms of interventions, such as orthotics, motion control running shoes and outdated biomechanical beliefs to improve running form, but have repeatedly failed to help runners run with less injury. Bottom line, with incomplete and inconsistent findings in research on running biomechanics, the realm of running lacks the consensus as to what works and what doesn’t when it comes to safe running.

What we do know is that nothing seems to improve sensory motor performance (i.e. better movement control) during running then when the bottoms of the feet are greatly stimulated by wearing less protection.  We need to understand that barefoot running leads to enhanced sensations in the feet that elicit adaptive responses (i.e. a forefoot strike landing) that always leads to less impact.

Benefits of Running in Lighter Shoes