The main finding was that the overall foot pressure distribution in runners with an ankle sprain was concentrated in the middle aspect of the forefoot, particularly under the big toe. Keep in mind that the runners in the study were heel strike runners where the typical pressure pattern distribution over the foot occurs more medially (towards the middle and near the big toe).

In a proper forefoot strike landing style, the foot pressure route changes significantly when compared to heel strike running where peak pressure occurs near the outside edge (lateral) of the forefoot. Nonetheless, a lateral foot pressure pattern is considerably linked to reduced sprained ankle ligament.

So, if you have ankle problems and to avoid ankle injury when running, make sure you are striking the ground on your lateral forefoot, this will ensure that your ankle doesn’t invert too much. 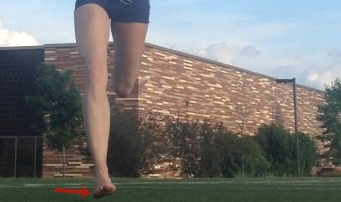 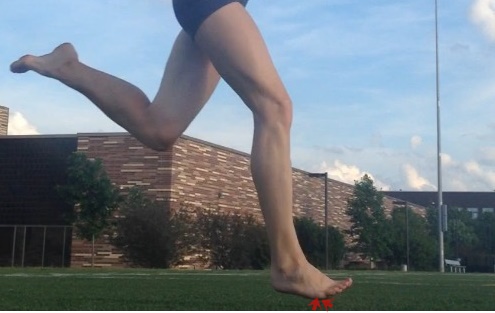 Now let’s take a look at how the elites do it:

To ensure a more controlled ankle, land on the forefoot, but try landing near the 5th toe as it seems to provide strong support for the ankle. Landing this way seems to occur more naturally when barefoot, so make sure you integrate barefoot running in your training regime. There is already much evidence behind the effectiveness of barefoot running in correcting foot strike, helping you achieve a more accurate forefoot strike and is why I always suggest running barefoot before you run in your shoes.