What is the proper posture for running? One thing you don’t want to do with your overall body posture when running is to have a stiff, upright upper body posture as running too upright is tiring on the quadriceps.

In running, trunk posture is a critical interface between acceleration and muscular work. In fact, trunk posture during running occupies most of the forward momentum, which essentially means your upper body position greatly affects how well you move forward with minimal braking.

Certain aspects of the heel strike running gait leads to quadricep fatigue, and trunk posture influences these areas. These areas include the braking phase at touchdown and the support phase.

Most heel strike runners maintain an upright trunk posture, but doing so keeps the center mass behind initial foot strike position. The result, braking, thus a loss of forward momentum.

The braking phase, which occurs at the beginning of stance, also comes with an energetic cost. Hamner et al. (2010) found that during braking, the muscles accelerated the center of mass backwards during the first 60% of stance and the muscles accelerated the center of mass forward during the remaining 40% of stance. The researchers found that the quadriceps were responsible for both braking and support phase during heel strike running.

There is a clear connection between effort and consequence in heel strike running: an upright trunk posture takes more effort to tug the center mass at each step, thereby engaging the quadriceps in intense ways that are not economically beneficial.

When the center mass is behind initial foot strike position (i.e. upright trunk posture), as in heel strike running, the trunk passes through a larger area of horizontal displacement. As a result, the legs, especially the quadriceps, exert more physical effort to transport the center of mass from behind to in front of foot strike position to keep the system moving.

Quadricep fatigue is avoided when trunk posture is in proximity to initial foot strike position which is achieved by slightly tilting the trunk forward, bending the knees and landing on your forefoot. 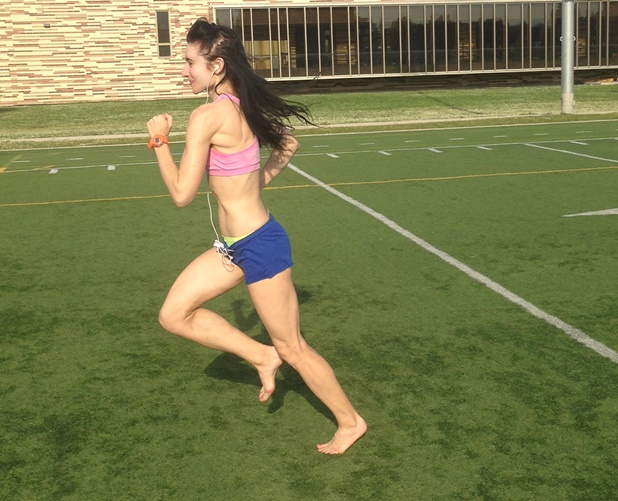 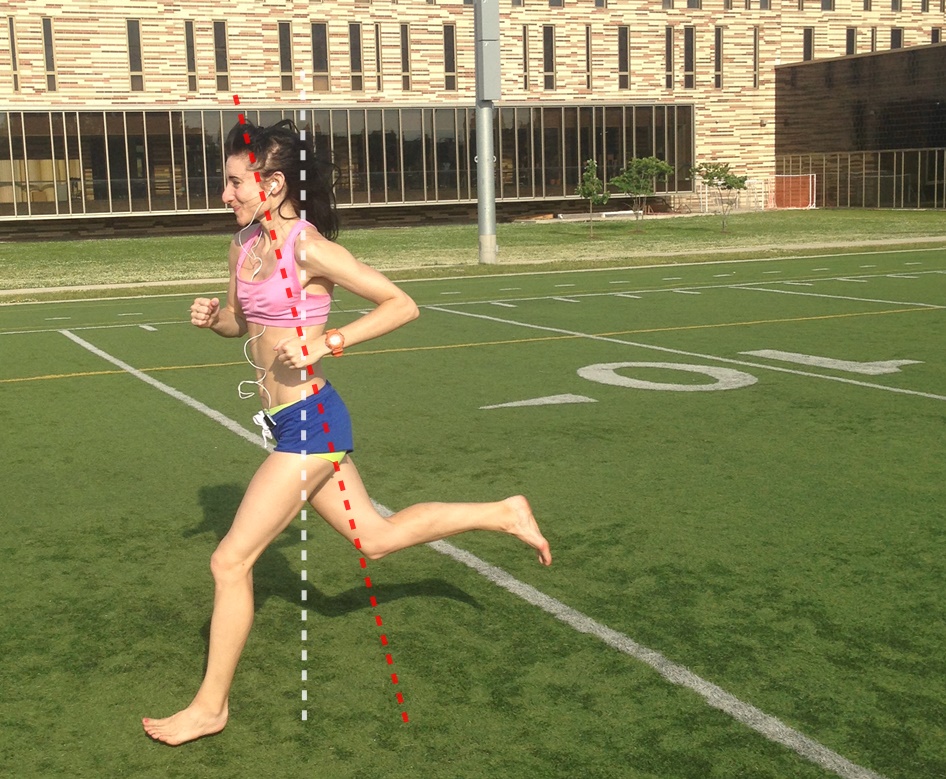 Overall, braking is a persistent problem in heel strike running and is why most elite runners avoid heel strike because the faster you run on your heels, the greater the braking force as well as the impact peak. Less force penetrates the body during forefoot running because the forward trunk tilt reduces body weight support and because the lower extremity joints are more flexed.

How to Swing Your Legs in Forefoot Running

How to Fuel Before a Race

Unlimited Reasons to Run Barefoot As Much As Possible

What is a Forefoot Strike

Looking for more insights on forefoot running? Swing by the Run Forefoot Facebook Page, it’s a great place to have all your questions on biomechanics answered! I always love to help!