The 2 key strategies to prevent Achilles tendon soreness while running is to 1. Avoid heel strike and 2. avoid running with an upright trunk. 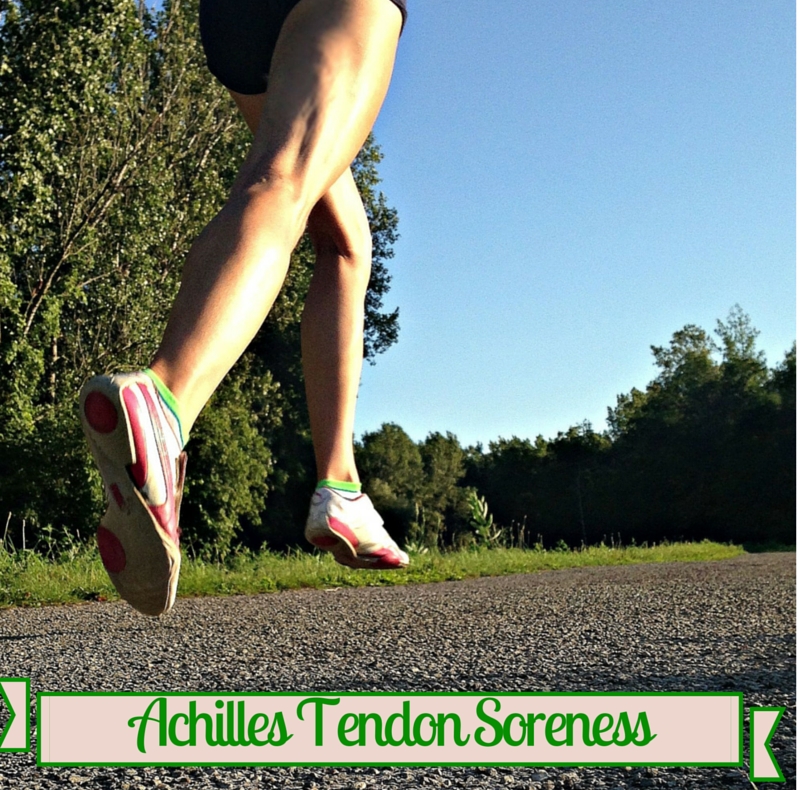 Typically, most runners who heel strike run with an upright body posture which causes the center of mass to stay behind initial foot strike position. This not only increases mechanical work on the legs –the legs work harder to pull the center of mass along during running, but it increases braking as well. This could reflect a consequence of Achilles tendon soreness that persists.

Lorimer and Hume (2014) believes that directing the center of mass further forward reduces braking and may lower the occurrence of Achilles tendon soreness during running.