Our barefoot/minimalist running ancestors ran in a way that kept injuries away. This would mean that our ancestors were not heel strikers like most joggers are today.

If Our Ancestors Were Heel Strikers

Today, the scale of running injuries is so large, it is hard to believe our ancestors relied on running to eat, and therefore survive.  How come they ran uninjured, but many of us cannot?  Scientists think the answer is in the foot strike.

Though, many runners today run in shoes, there are millions of people in other countries such as Kenya and Ethiopia, who run barefoot.  When you break it down, many runners who wear shoes typically heel strike whereas many barefoot runners forefoot strike when they run. 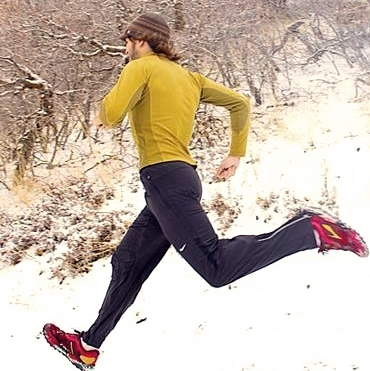 More recently, scientists have focused on impact production in the two foot strikes and found that heel striking produces a peak force that is absent in a forefoot strike.

Given that almost 75% of joggers sustain at least one running-related injury per year, and most joggers heel strike, if our ancestors were heel strikers, perhaps they too would have be plagued with injury.  If that were the case, the human species may have died off.

These findings suggest our ancestors were most likely forefoot strikers given the magnitude of impact reduction compared to heel strike running.  Could this be why so many runners today get injured? Are we supposed to be running on our forefoot, not our heels?

If our ancestors were forefoot strikers, such findings may have important consequences for runners today by informing us on how we really should be running.

More on Why You Should Switch to a Forefoot Running:

If you want more tips on forefoot running, or if you have related questions, head on over to the Run Forefoot Facebook Page, it’s the place you’ll want to be!

Run Forefoot, you are faster than you think!