Running without shoes with a forefoot strike may actually give you enough cushioning to avoid a shin bone fracture as compared with heel strike running in thick cushioned running shoes.

How can running without shoes potentially help you avoid the fate of getting a shin bone fracture? Running barefoot naturally strengthening the foot/ankle complex, ensuring enough layers of impact protection on the shin bone.

According to Pamucoff and Blackburn (2015), a weak and stiff ankle coupled with a high ground reaction force (as seen in heel strike runners who run in standard running shoes) prevents the lower leg from adequately absorbing shock during running and therefore, may contribute to a shin fracture injury.

Moreover, weak and stiff plantarflexors (the plantarflexors are a group of muscles integrated throughout the top of the foot and extend up the leg) were found to be another contributor to tibial stress fracture development in runners

To make matters worse, most runners typically wear thick cushioned running shoes for impact protection during running, but research now shows that the thicker the cushioning under the foot, the harder the runner strikes the ground with their foot, therefore more stress may be projected on the shin bone.  So what is a runner to do to keep tibial stress fractures at bay? The answer is barefoot running. 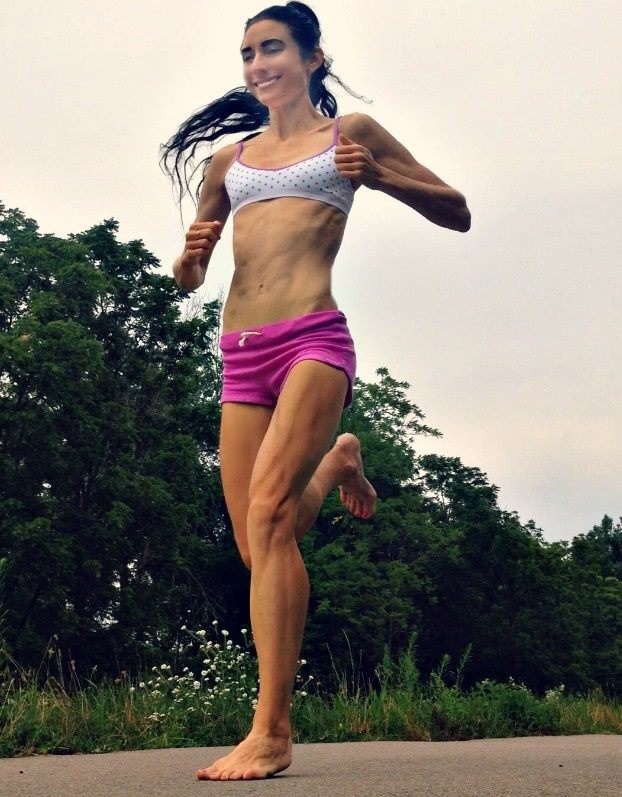 Researchers have been hard pressed to explain the core risk factors for a tibia stress fracture (shin bone fracture) in runners. However, not all runners are equally vulnerable to a tibial stress fracture. Barefoot runners, for example, are well-known for landing with a forefoot strike and for having stronger feet and ankle, and may have a reduced risk of a shin bone fracture injury as compared to habitual shod runners who heel strike during running. This is because running barefoot may evoke favorable mechanical responses due to the hyper-activation and stimulation of the nerves in the bottom of the feet which may dramatically improve proprioception (body position/posture/movement awareness) and may reduce the bad habits of running in cushioned heeled running shoes, resulting in a less intense ground reaction force. More meaningful results from running barefoot are stronger feet and ankles, as well.

When you run barefoot, you typically avoid mis-aligning your foot and ankle posture at touchdown as an attempt to make the ground feel softer on your feet. In doing so, you tend to land more forefooted (towards the front part of your foot) which recruits greater plantarflexor activity and ankle demands as compared with landing with a heel strike. This is how running barefoot may consistently keep the foot/ankle complex strong, ensuring greater shock protection on the tibia. 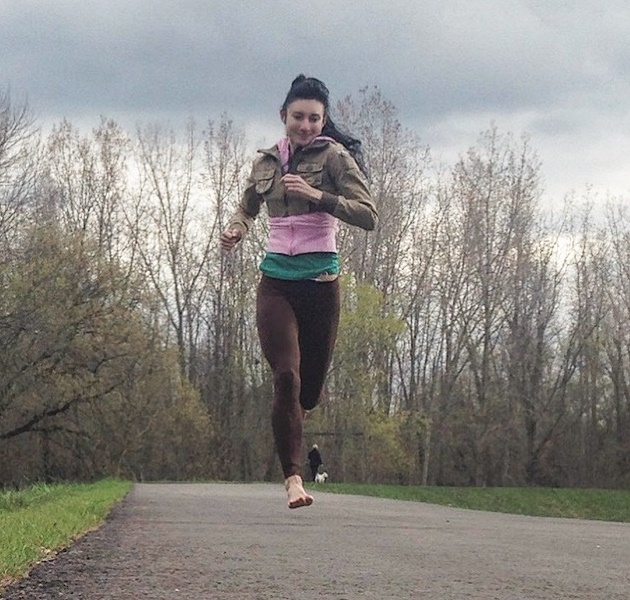 What is more, since running barefoot expands the range of nerve activation in the feet, may also activate a range of neuromuscular responses and reflexes that may help keep the ground reaction force at a much lower magnitude as compared to running in thick, cushioned running (such shoes reduces sensory input in the feet) making it easier to develop more forceful mechanical habits (in the form of heel striking).

Therefore, for safe, low-impact running, the body may strongly depend on sensory information, starting at the feet, for its movement safety and to prevent balance impairments. In addition, more studies have found that increasing proprioceptive feedback at the feet via barefooting, may turn-down injury by allowing better movement smoothness (i.e. safer interaction of the body with the ground via a forefoot strike landing), enhanced movement coordination as well as better functional stability of the ankle and foot joints. In summary, when proprioception is strong at the feet, foot/ankle joint function and stability strengthens, thus stress factors on the shin during running may be greatly reduced. AND remember, you get full-fledged proprioception when you are barefoot.

Overall, running barefoot may be an ideal tactical method to correct ankle and foot strike mechanics and to automatically strengthen foot and ankle muscles to ensure less impact penetrates the shins during forefoot running.

Remember, the only source of exceptional proprioceptive input is barefooting as it has the power to activate the key nerves in the feet rooted in controlling safe, efficient biomechanics. Don’t make the mistake I made in that when I first transitioned from heel strike to forefoot strike running, I did so wearing regular running shoes. I did not go barefoot. As a consequence, I ended up with two fractures on my tibial shaft –not at the same time. 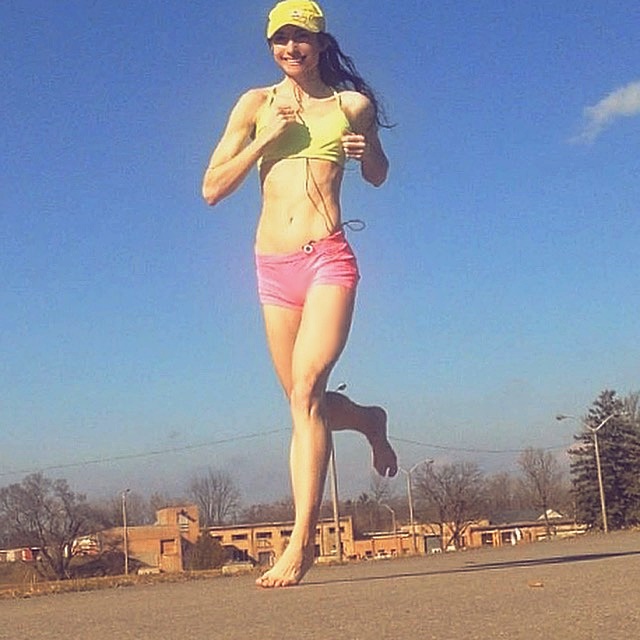 Pamukoff DN and TJ Blackburn. Comparison of Plantar Flexor Musculotendinous Stiffness, Geometry, and Architecture in Male Runners With and Without a History of Tibial Stress Fracture, J Appl Biomech, 2015; 31, 41-47.

You can also support Run Forefoot and help keep it going in full force by making a donation in any amount of your choosing: https://www.paypal.me/RunForefoot