What is the best way to run to avoid an Achilles injury: forefoot running vs heel strike running? Unfortunately, past studies on how running may cause Achilles tendon injury is woefully incomplete, until the spot light was shown on the forefoot running technique in terms of its ability to prevent most lower leg injuries. 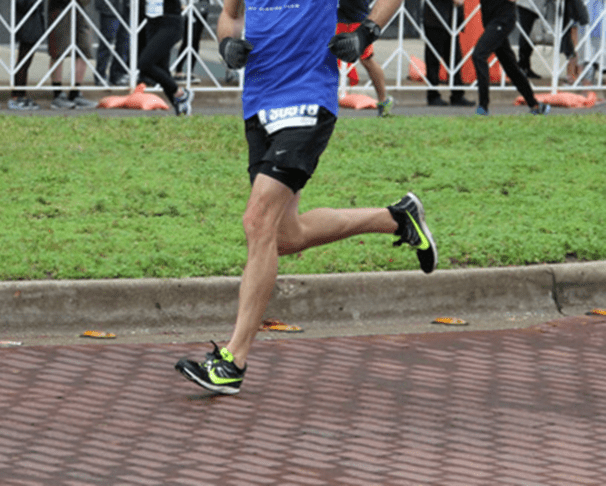 A recent study by Lorimer and Hume (2014) reported that high braking forces during running is a strong biomechanical variable for increasing Achilles tendon tear.

High braking is a by-product of heel strike running and is significantly lower, if not abolished in forefoot running.

In heel strike running, a braking force is created because of an upright positioned trunk causes the center of mass (COM) to remain behind initial foot strike position, shown below. 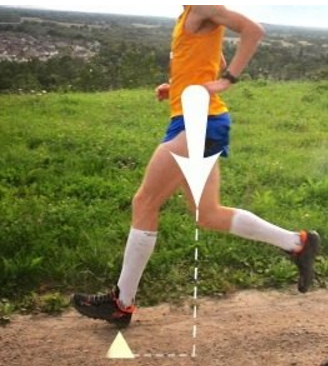 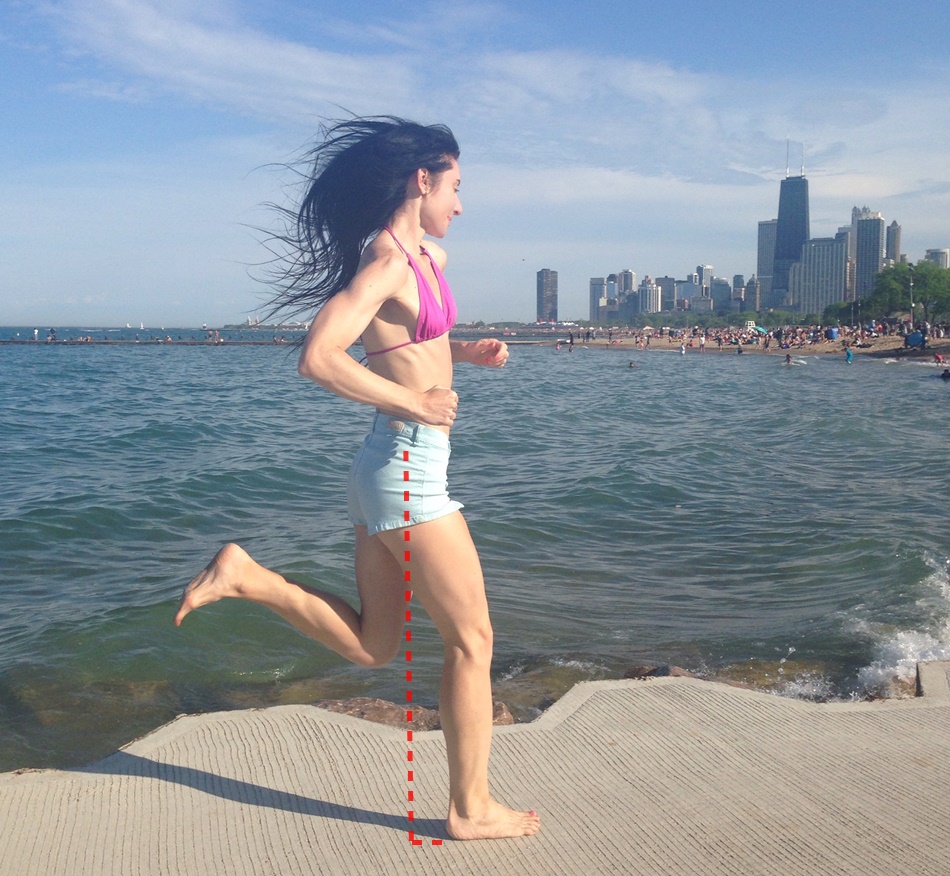 Moreover, a high value of the vertical ground reaction force is loaded under the heel, exposing the Achilles tendon to greater shock than in forefoot running.

The positional discrepancy between the COM and initial foot strike position results in inappropriate loading at heel strike as well as poor shock absorption on the Achilles tendon. The repetitive overload stress associated with heel strike running initiates degenerative changes within the tendon.

The researchers recommended gait retraining by directing the COM further forward to reduce high braking forces. The best way to direct the COM forward is by tilting the body forward coupled with utilizing the forefoot running technique.

How to Avoid Braking

The answer is straightforward: forefoot running.

It is much easier to tilt the body forward by landing on the front part of the foot first rather than the heel. 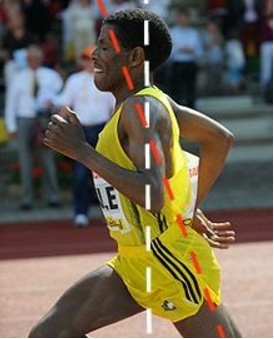 Begin by standing in one place, slightly bend both knees and tilt your body forward to initiate movement.

Never initiate running by lunging out with the leg while maintaining an upright trunk position -this will cause the COM to remain behind foot strike.

The key to reduce braking in forefoot running is by initiating running by tilting the body forward first followed by leg action whereby leg action occurs more behind the body (COM) rather than in front as in heel strike running, shown below.

More on the Benefits of Forefoot Running: