Probably the most asked about question among runners is: how to stop shin splints when running? The best answer is forefoot running in barefoot like running shoes and here’s why. 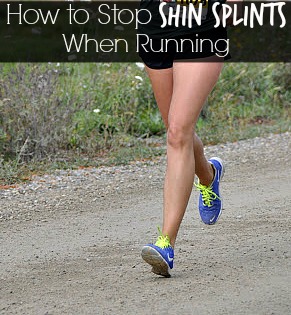 2 Factors That Cause Shin Splints When Running

In running, shin splints are often the result of 2 things: high impact at touchdown and over-pronation, both of which are more prevalent in heel striking than in forefoot running.

Sasimontonkul et al. 2007 found that the vertical ground reaction force in heel strike running was the source of loading which was highly compressive posteriorly on the tibia. In the same study, the researchers also found that muscle forces involved in joint moments acted across the ankle contributed to high loading in heel striking, suggesting that most cases of shin splints are the result of the heel strike -blast waves pushing against the tibia.

Therefore, it’s better to modify your mechanical strategy by changing from heel strike to forefoot strike running rather than relying on running shoes since shoe materials degrade over-time anyway.

Pull, Not Push – Understand that pushing off the ground with your foot while you run can cause some major problems.

Are We Born to Run…Forefoot? – Humans are hardwired to run a certain way.

Shoes for Forefoot Runners – My reviews on the running shoes I feel are best suited for forefoot running.