Sore knees from running can be fixed by correcting your running foot strike and knee action (bent vs unbent knee joint) at touchdown. 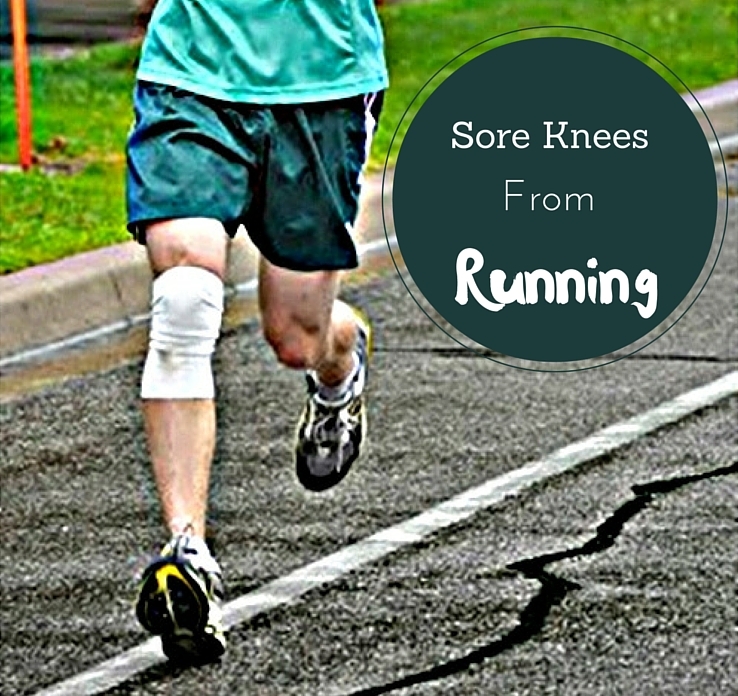 Let’s examine this in closer detail.

Why You Have Sore Knees From Running

The connection between heel strike running and knee pain is that greater loading is exerted on the knee joint because the knee is unbent and stiff (maximum knee extension, shown below) at heel strike. This has been found to result in poor absorption in the leg [1]. 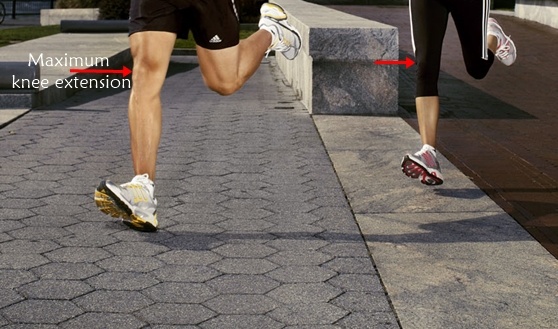 To remedy knee pain from running, many heel strikers invest in well-cushioned running shoes that have heel counters. Sadly, heel counters only worsens the pain by encouraging the runner to strike higher on their heels.

Forefoot runners strike the ground with a slightly bent, compliant knee (shown below), which seems to be a natural shock reducing mechanism that is especially common while running barefoot

. Likewise, most barefoot runners land with a forefoot strike whereby accounts of knee injury in these runners is very low. 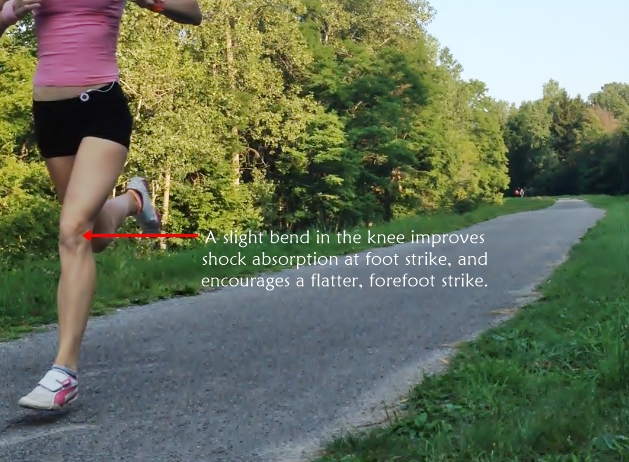 In addition to running forefoot, run in a minimalist shoe

without a raised heel as this will help you effectively maintain your forefoot strike and good knee bend.

Below, is a video of  Tirunesh Dibaba demonstrating a proper forefoot landing. Notice a flatter foot placement where the front part of the foot makes initial contact with the ground, then the heel is dropped.

How to Run Smoother

Why Running is Safer for Obese People

Why Heel Striking Should Be Avoided

Bouncing When Running: Good or Bad?