Many runners brake when they run, that is because most runners heel strike, a landing style associated with a greater brake or deceleration period.  Turns out, the time spent decelerating may influence running economy (Moore, 2016), this is because high forces are produced when the deceleration period is long, more energy is needed and my result in loss of speed. And, because forces are high during long braking, experts advise runners to avoid heel striking when running as the brake force generated at heel strike also crushes the knee-joint, causing runners knee as well as hip bursitis.

The most common way to avoid a long brake force is to run with a forefoot strike because in addition to stride length being slightly shorter and cadence being higher in forefoot running, the hip-joint helps reduce braking.

In forefoot running, especially when barefoot, the hip joint is more extended (hip extension) throughout stance (shown below) which helps minimize braking as compared with heel strike running.

For example, McCarthy et al. found that increased hip extension during stance was associated with a short braking period in forefoot running, suggesting that forefoot running can be taken into consideration when it comes to preventing injuries. 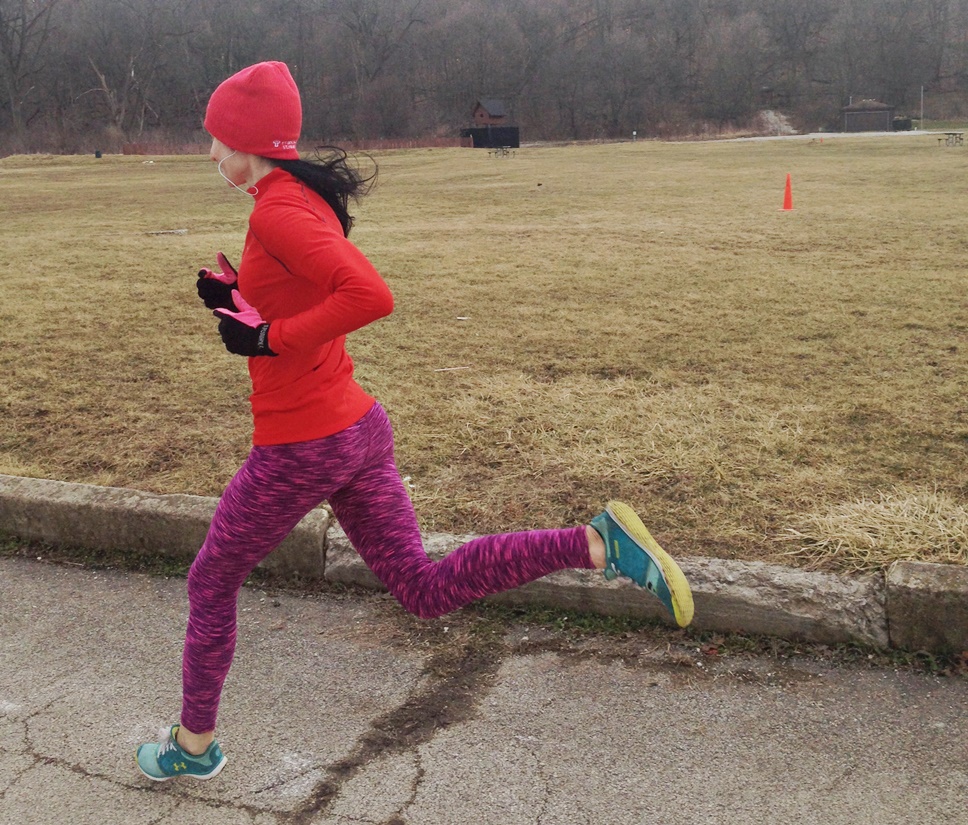 Barefoot is Better on the Hips

Intriguingly, the researchers noticed that barefoot runners used their hips more effectively because they showed greater hip extension during stance –the increased hip extension might have something to do with the increased proprioception that comes with being barefoot.

Click here to learn more about what proprioception is and how it boosts mechanical efficiency when you run.

Proprioceptors have intimate connections with the hip joint, as well as the knee and ankle joint.

During barefoot running, increased proprioception effectively mediates hip flexion by activating sensorial nerve networks in the hip joint, which increases activation of the hip musculature. Running shoes interfere with these connections by dampening proprioception, causing hip extension to be less, which is why many shod runners brake when they run.

Another way to increase hip extension during stance of shod-forefoot running is to run faster than your target pace, meanwhile be sure to relax your hips to prevent a ‘tight’ stride.

Heel Pain Running – Find out what heel strike running does to the precious heel pad.

Knee Complications – Learn how to protect your knees while you run.

Moore, IS. Is There an Economical Running Technique? A Review of Modiﬁable Biomechanical Factors Affecting Running Economy. Sports Med, 2016;46:793-807.