A study by Williams et al. (2000) reported that heel strike runners had greater work demand on the knee compared to forefoot runners because heel strike running increased stride length which resulted in a more anterior strike position at initial contact. The consequence of this is high braking forces with the body and the ground. 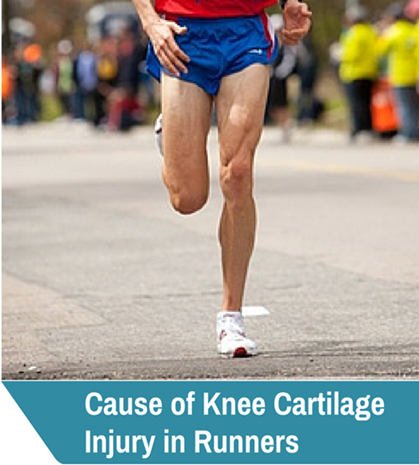 Why Runners Get Knee Cartilage Injury

The researchers also believe that because the calves are more passive in heel strike running, the knee becomes more extended at touchdown which increases loads on the knee-joint.

Overall, the results were not particularly surprising and supports the idea that the knee can derive a lot of injuries when power absorption is too high, which is why runners prone to knee injury are recommended to adopt forefoot running.

Why Forefoot Running is Better for Your Knees

In forefoot running, the knee-joint is unperturbed at initial contact because it is bent, not completely straight as it is in heel strike running. As a result, much of the impact in forefoot running redistributes away from the knee to the ankle where power absorption is the highest as it should be.

Essentially, the growing literature suggests that forefoot running offers hope for runners who struggle with knee injury. By emphasizing knees flexion and relaxation during forefoot running, would reduce forces transmitted to the knee.

Why the Vibram FiveFingers

How to Run Injury Free

What is Proprioception and Why We Need it to Run

Importance of Hip and Knee Flexion in Forefoot Running