The #1 reason for running injury is high impact landings.

During the past couple of decades, researchers started suspecting that thick sole running shoes influenced impact during running.

For example, regular running shoes impair our innate shock-adjusting behavior causing us to generate more impact with the ground when we run [1]. 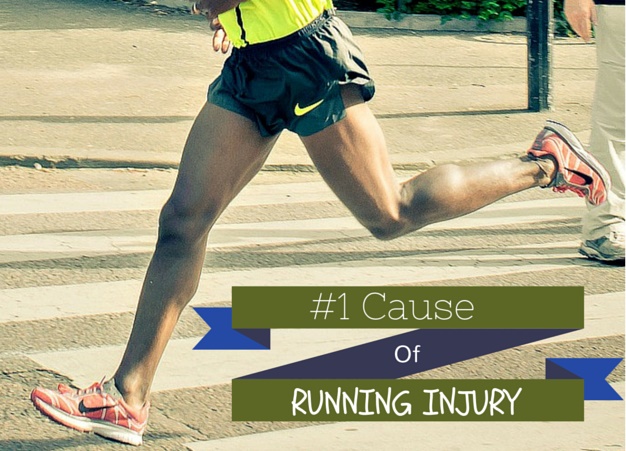 Studies since then have also found that runners ran with less impact in older running shoes, suggesting that our innate shock-adjusting behavior kicks in as soon as shoe cushioning deteriorates.

More important, the researchers found that shock was reduced when runners ran barefoot (an even harder plantar surface) than in running shoes, suggesting that humans adjusts their foot strike behavior to avoid high impact landings in the absence of plantar cushioning.

(Click here to learn more about why barefoot runners land on their forefoot, not their heels)

Before the modern running shoe, many runners masterfully adopted a forefoot running style because they ran in running shoes without cushioning and support, many even ran barefoot, shown below.

Running in near barefoot-like conditions resulted in the mental acuity to maintain a forefoot running style that surpassed the running techniques exhibited by today’s average jogger.

(Many elite runners today land on their forefeet. Here are my articles about why forefoot running is better for performance than heel strike running).

Most running injuries are the consequence of running shoes that are engineered with advanced technology and maximal protection. Yet, an abundance of research conflicts with the claims that such footwear prevents injuries.

Impact-free running relies on the interdependence between running barefoot and running by feel and the truth is, we run safer when we are barefoot.

The ‘unpleasant’ feeling you get when you first try barefoot running eventually vanishes when you have adopted a forefoot strike landing, which is the apparent advantage afforded by the evolution of human endurance running.

Click here to find out why you should try running barefoot more than once.

Forefoot Running Shoes – Still of afraid of barefoot running? The next best thing you can do to help your forefoot running form is to wear barefoot style running shoes.

ITBS – Tips and advice on how to prevent and treat ITBS.

No More Injuries – Here you’ll read about how forefoot running is mechanically capable of preventing injury.

Don’t Overthink Your Form – Read why you shouldn’t obsesses over every aspect of your form while you run.

How to Run Barefoot – Tips and Advice on how you should learn barefoot running.