The proper forefoot striking running style involves more than just landing on your forefoot. I recently read an article in Runner’s World and the article concluded that heel striking is more efficient than forefoot running, or one foot strike is not efficient over the other.

Yet, if you look closely at the studies that derived such conclusions, you will discover that the runners who switched from heel striking to forefoot running did so without proper instruction. The only change in their mechanics was in the foot strike technique and this is a big problem because forefoot running differs biomechanically globally than heel striking. 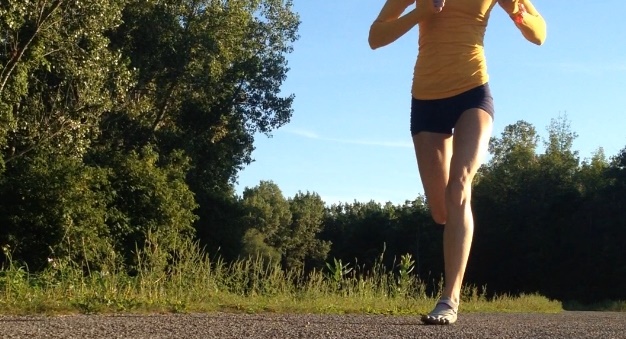 Switching to Forefoot Striking is Best, If Learned Properly

Other work however, solely focused on changing foot strike technique without changing other related-mechanical parameters such as knee flexion or torso posture.

In fact, Sterne et al., (2014) concluded that switching from a heel strike to a forefoot strike may be detrimental to overall performance because forefoot running was more metabolically demanding.

However, the researchers asked heel striking participants to land on their forefoot while all other mechanical parameters of forefoot running such as leaning forward, landing lightly, and shortening stride was neglected. And, the forefoot running technique was learned under shod conditions, not under barefoot conditions which is strongly recommended.

In this case, forefoot running will not only be less efficient, but will not lower injury susceptibility such as runners knee.

Just because an habitual heel strike starts landing on the forefoot, does not automatically trigger other biomechanical changes that relate to forefoot running. Again, Sterne et al., (2014) found that it is highly possible for forefoot runners to replicate all joint mechanical characteristics of the heel strike running style -this is very bad, when newbie forefoot runners run with their ol’ heel striking habits, be prepared for injury and poor performance.