How does the Vibram Five Fingers do this? 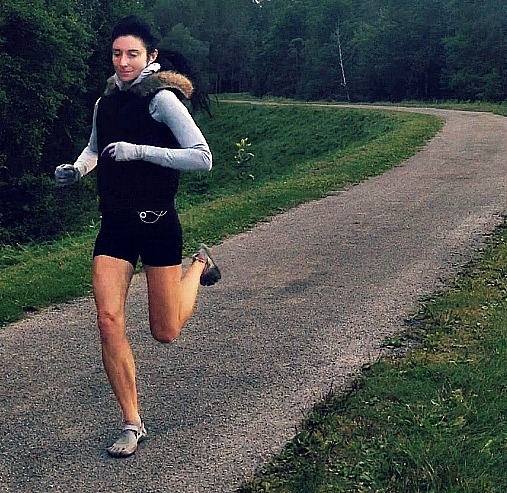 The thin sole and zero cushioning/support increases plantar sensory feedback thereby creating a more stable surface for walking and running. Moreover, the Vibram Five Fingers promote innate responses of the body such as increased knee and hip flexion which is the body’s natural way of reducing loading and impact.

In fact, the positive attributes of barefoot-like running shoes on biomechanics could double a runners efficiency, economically and mechanically, researchers predict. But this is not the case for the traditional running shoe.

Why Traditional Running Shoe Manufactures Should Get Sued

Past reports have shown that the traditional running shoe reduced hip and knee flexion which in turn amplified impact at touchdown.

In running, the most destabilizing surfaces are ones that are the most softest, this includes well-cushioned running shoes.

For instance, runners in the traditional running shoe slammed the ground harder to compress the cushioned material in order to achieve greater stability with the ground.

Vibram found themselves in hot water after claiming their footwear improves foot strength. However, Vibram’s claims are well-supported in the scientific literature whereas the claims of protection against injury associated with the traditional running shoe is substantially unsupported.

According to Robbins and Waked, other forms of deceptive advertising used by traditional running shoe manufacturers included pseudoscientific graphs/tables and of course, athlete endorsements suggesting that the shoe offers superior this and that.

Based on the fact that over the last 3 decades, injury rates among runners have been substantially high in parallel with advancements in shoe technology, suggests that the traditional running shoe is not a remediation tool for running-related injuries. Such running shoes are disruptive to human locomotion because they inflict frequent injuries from excessive impact and instability, and should therefore be labelled with a cautionary warning.