The best running shoes for forefoot runners are barefoot-style running shoes, such as the Vibram Five Fingers, because they enhance spatio-temporal characteristics at the foot, helping you land with a forefoot strike. 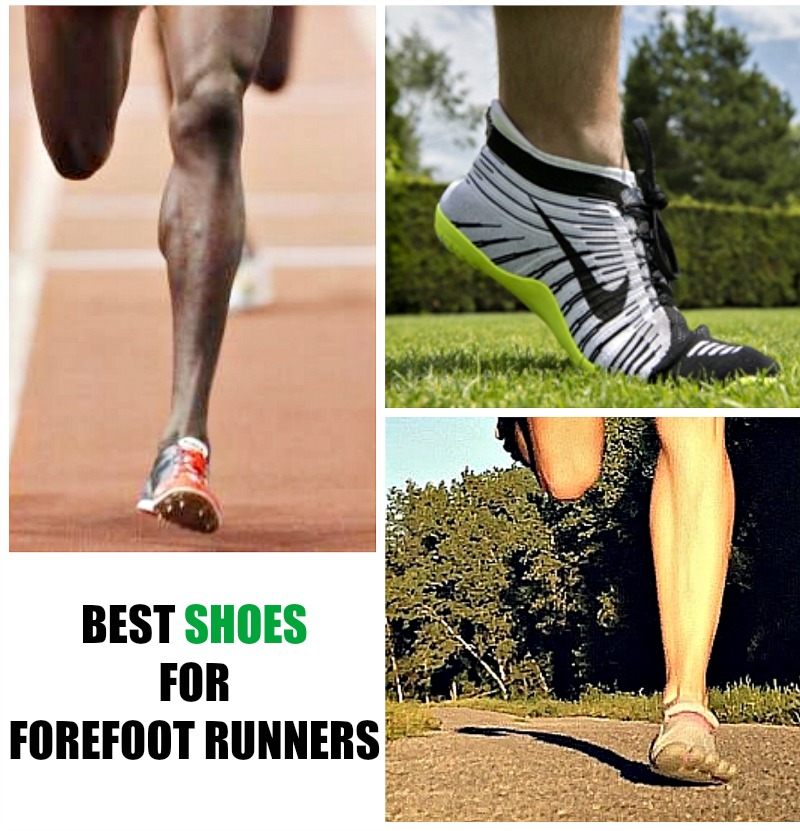 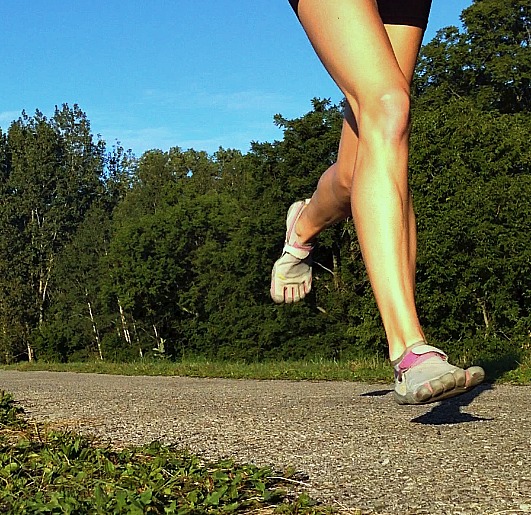 Another reason barefoot-like running shoes are the best type of running shoes for beginners of forefoot running is the absent cushioned heel.

The take home message is that there are 2 key features a running shoe must have for any forefoot striker, novice or experienced: 1. very minimalist cushioning, hence the term “barefoot-like” and 2. no cushioned heel.

In general, runners seem to land towards the heel when running in a well-cushioned shoe, even without a raised heel. In contrast, runners who run in barefoot or barefoot-like conditions seem to land further away from the heel which is necessary to reduce high peak impact forces at touchdown.

In contrast, runners who run in cushioned heeled running shoes heel strike because these shoes elicit higher ankle dorsiflexion and the cushioned material under the heel masks the high-impact force at heel strike

And finally, for those who wish not to run barefoot, than barefoot-like running shoes are the universal substrate for the human foot because they serve the basis for maximizing an efficient foot strike pattern and running kinematics.