Running barefoot was the best thing I could have done during my transition to forefoot running from the dreaded heel strike running style.

The leading cause of biomechanical malfunction is largely due to cushioned running shoes and they may prevent adequate learning of the forefoot running technique, especially for a shod-heel striker.

Cushioned running shoes can mess with the brain’s circuitry and hijack its spatiotemporal system, but a new study shows that barefoot running is more instrumental in improving technique because it causes immediate biomechanical changes. This is why habitually shod heel strike runners who transition to forefoot running should run barefoot now and then. 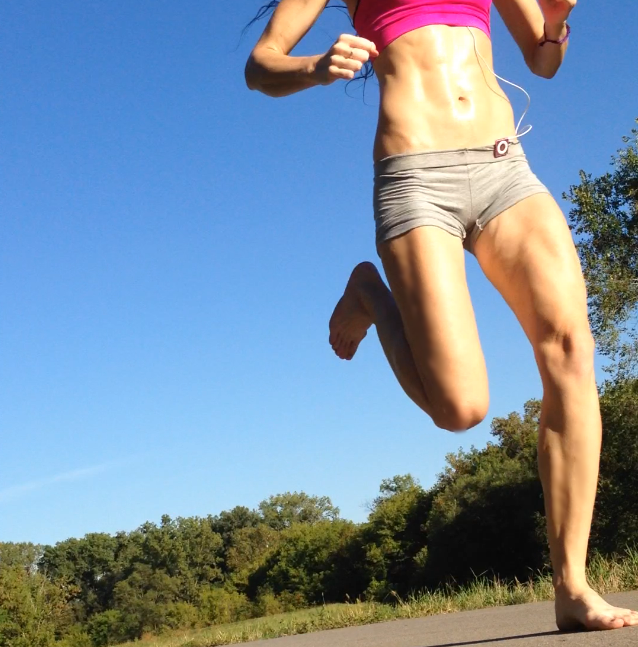 Simple alterations in knee and hip flexion during barefoot running can lead to injury prevention, so the effects of footwear might not be enough to ensure optimal forefoot running mechanics. Therefore, graded barefoot running seems to be a key component in technique refinement.

Barefoot running is highly useful, but only if the runner lands with a forefoot strike. Interestingly, Strauts et al., 2015 found that heel strike was maintained when habitually shod runners ran barefoot for the first time, however barefoot running led to significant changes in trunk, knee and ankle angles at touchdown and these changes were closely related to a forefoot running technique.

Other positive changes evoked by barefoot running included reduced EMG peak activity of the tibialis anterior –which corresponds to less muscular cost in the shins– and  reduced anterior pelvic tilt. These changes significantly persisted when the runners re-donned their shoes.

Arch Height Matters in Heel Strike Running, But Not in Forefoot Running

Forefoot Running Not the Same as “Landing on the Toes”