To prevent high impact forces and shock transmission when forefoot running downhill, avoid leaning back, but rather maintain the position of the center of mass (COM) above or close to foot strike position.

Although, an anterior position of the COM will cause you to speed up abruptly when forefoot running downhill,  it reduces braking, muscular damage, and injury. 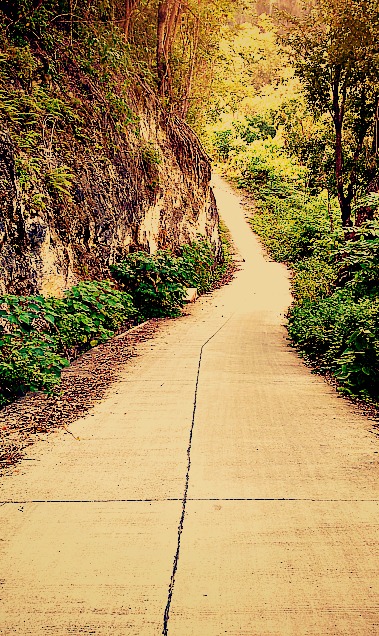 Many forefoot runners pull back on their reins and lean back to avoid speeding up when running downhill.

The muscles are great shock attenuators, but the shock attenuating ability of the muscles is threshold dependent meaning that once shock exceeds the threshold, the risk of tibial stress fractures increase.

This is why running downhill feels ‘hard’ on the body because braking, and thus preventing the body from surging when forefoot running downhill, increases the vertical impact peak force and shock transmission. What are the consequences of this?

Many forefoot runners instantly mimic heel strike running mechanical characteristics (i.e. over-striding, running too upright) when running downhill and the only way to prevent this is by not ‘fighting’ with the hill, but rather let yourself give into the hill.

The worst thing you can do is pull back on yourself when forefoot running downhill. You are better off surging and not braking. That way, you minimize shock accelerations and prevent muscle damage.

Speeding up Better than Slowing Down When Running Downhill

If you ever watch elite distance runners who are forefoot strikers run, you will notice that the position of their torso does not change when running downhill. If anything, their pace drops and they glide down the hill. That is because they are keeping their COM over or very close to their foot strike position.

Don’t Hold Back, Let Yourself go when Running Downhill

When forefoot running downhill, do not change the position of COM and allow it to stay above or as close as possible to foot strike position. Yes, you will end up flying down the hill, but despite rapidly speeding up, shock loading on the muscles is lower than if you were to shift your COM back.

There is really no other way around it, but to just let the hill make you run faster until you get to the bottom where here, you gradually sink back into your goal pace.

Why You Shouldn’t be Heel Striking: