Most runners wear a high heel running shoe without knowing that despite all the cushioning under the heel, high heeled running shoes will not help you dodge injuries. This is because, the higher the heel, the more the ankles, knees and hips are affected in ways that can lead to permanent damage that range from chronic pain to joint deformation (Csap et al. 2010;Cronin; 2012).  Sadly, based on the high injury rate among these runners, suggests that they are unaware of the debilitating implications of wearing such footwear for running and walking. 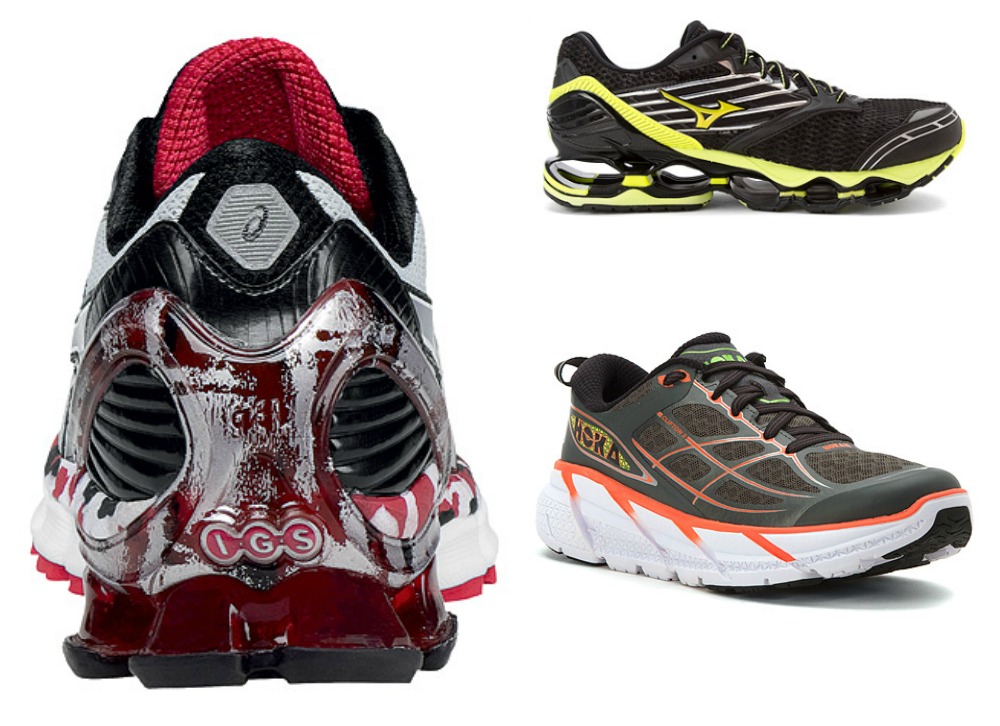 They Cause An Exaggerated Forward Lean

In forefoot running, we are supposed to lean forward, and the lean, according to Pose Running, is supposed to come from the ankle. However, running in high heel running shoes makes us lean too far forward from the hip. One study found that those in high heel shoes had a greater lumbar flexion angle where the center of mass was more anterior relative to the hip (Annoni et al. 2010). This means that the upper body was more ‘jack-knifed’ in a sense, where the torso is bent forward at the hip in high heeled footwear. The researchers also noticed that high heeled footwear resulted in sideways shifts of the center of mass. This is no good for running as we need the center of mass to be pushed more forward for forward momentum, not swaying side-to-side. This side-to-side movements of the center of mass may evoke greater mechanical demands of the leg, such as greater knee flexion support, to help stabilize the torso.

Many natural runners are coming forward, cautioning runners on the dangers of these types of running shoes. Michael Sandler, who is an influential barefoot advocate, mentions that it’s difficult to walk well when you are bent over at the hips, let alone run properly without getting injured. He also says that bending from the waist, forces the glutes to stick out which disrupts the kinetic chain of the body during both walking and running. As a major consequence, this prevents you from using your core as an ‘anchor’ and your body as a human ‘spring’ for running and saving energy.

Thankfully, new research is beginning to reveal that flatter running shoes and running barefoot is a more effective center mass stabilizer which reduces energetically-wasteful body compensations to anchor the core.

Here are more articles on the health hazards of running shoes with a thick, cushioned heel:

How Cushioned Running Shoes Effect Our Brains When We Run

How Cushioned Running Hurts the Forefoot