Adults are doing it. Should kids do it too? Is barefoot running safe for kids like it is for adult runners? One point of contention is that cushioning running should encourage bad form habits –like heel strike running. New evidence indicates that allowing your kids to run barefoot will influence good forefoot strike mechanics, making them potentially much better runners as adults. 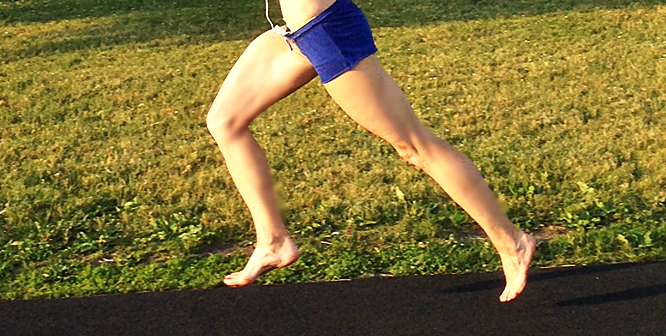 Is Barefoot Running Safe for Kids?

Kids aren’t supposed to get injured from running, but when they do, it’s most likely an ankle ligament injury. Thick, cushioned running shoes are just as bad for children as they are for adults. The official reason is that heavily cushioned running shoes reduce midfoot motion during the propulsion phase of running which have implications for gait efficiency in children.

The reduced midfoot motion is compensated by the ankle joint which may increase the likelihood of ankle ligament injury during shod running.

The Role of the Midfoot in Running

During the propulsive phase of running, the foot-ankle complex is thought of as a windlass mechanism where midfoot motion is essential for the return of stored elastic energy of the plantar aproneurosis.

Additionally, the MTP joint motion also plays a part of the windlass mechanism that magnifies the force generated by the Achilles tendon during the propulsive phase.

A study by Wegener et al. found that children who ran in the traditional running shoe had the largest reductions (65%) in midfoot motion and in the MTP joint motion during propulsion compared to children who ran barefoot.

The researchers suggested that reductions in MTP joint motion due to shod running may impair gait efficiency due to potential reductions in the magnification of the Achilles tendon force and reduced release of stored elastic energy within the plantar fascia.

Another expected obstacle from running in the traditional running shoe is that restriction of motion at one joint requires compensation at another joint which may have implications for foot-ankle development in children.

For instance, the study found that the traditional running shoe reduced plantarflexion during running which was compensated by the ankle joint, which in turn may result in ankle ligament injury also. 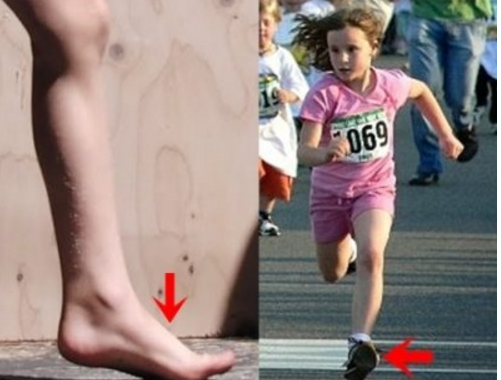 Smith R and McConnel J.(2007). Power developed by the midfoot joint during running with and without shoes. In paper presented at the 25th international Society of biomechanics in sports symposium, Ouro Peto, Brazil.