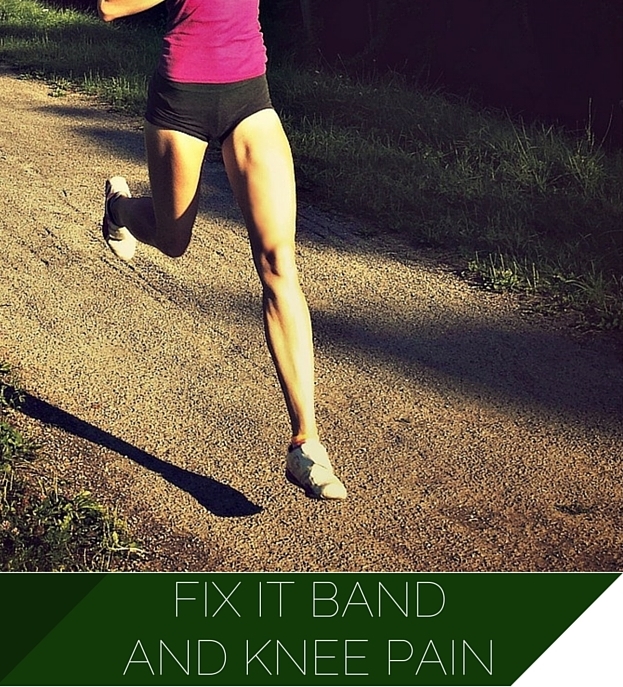 How Runners Can Fix IT Band and Knee Pain

Forefoot running does more than just reduce ground reaction forces, protect the knees, and reduce heel pressures -it could also help with your IT Band.

How? Forefoot running does this by reducing knee abduction moments.

One of the main causes of ITBS in runners is high knee abduction moment -this is when the knee points inward (knocked knees) during stance, shown below:

In this case, the IT Band compresses the fat pad that lies beneath the band, causing radiating lateral knee pain.

In contrast, low knee abduction moments means that throughout the gait cycle, the knees point in the direction in which you are running (i.e. straight ahead) and do not ‘knock’ during stance. Unfortunately, researchers have given little thought to the affects of foot strike on IT Band and knee pain. Interestingly, one study revealed a link between foot strike and knee abduction moments.

Sterne et al., (2013) found that habitual forefoot runners had lower knee abduction moments compared to habitual heel strike runners, suggesting that forefoot running may prevent ITBS by allowing for better leg alignment. Moreover, most studies on IT band and knee pain involve heel strike runners and the suggested treatment options were hip strengthening exercises and stretching exercises. Yet, IT Band and knee pain remains common in joggers –most of which heel strike. Thus, the problem may be the foot strike technique.

In forefoot running, the legs and feet interact more rapidly and stably with the ground which may limit knee abduction moments. This is primarily attributed to the forward position of the center of mass, knee bending, and ankle plantarflexion at touchdown. These components are similar to the mechanics of butt-kicking drills and if you have ever done butt-kicking drills, you would know that the knees never knock.

Because of the rapid ‘pop-off’ of the foot coupled with a flatter foot strike in general in forefoot running, stability of the foot is enhanced at touchdown and when the foot begins to bear the weight of the runner.

The video below illustrates what I mean:

Notice how the forefoot runner, Tirunesh Dibaba, looks like she’s doing butt-kicks? Her feet pop up off the ground in the up and down (vertical) direction and notice her knees are in a position to point more forward and not inwards?

If Dibaba had a high knee abduction moment, her knees would not point straight ahead at touchdown, rather they would point inwardly.

And again, unlike heel strike running, the flatter foot placement in forefoot running provides a more stable initial contact with the ground, which may also lower knee abduction moments during stance.

When forefoot running, keep your knees aligned apart from each other like Dibaba, and perceive your forefoot gait as a series of butt kicks -the feet should pop straight up-and-down. That strategy may work for you, however I found the following tip useful from Chi running:

keep your knees and feet pointed in the direction that you are running.