Leaning forward is one of the key mechanical components of forefoot running because it allows less braking, and therefore, smooth, effortless forward momentum. I learned about the importance of the forward lean from the Pose Method of Running, which mentions that the forward lean during running must be very subtle and not excessive as leaning too far forward will alter your mechanics, causing you to waste energy. Research also shows that over-leaning during running can cause hamstring pain. 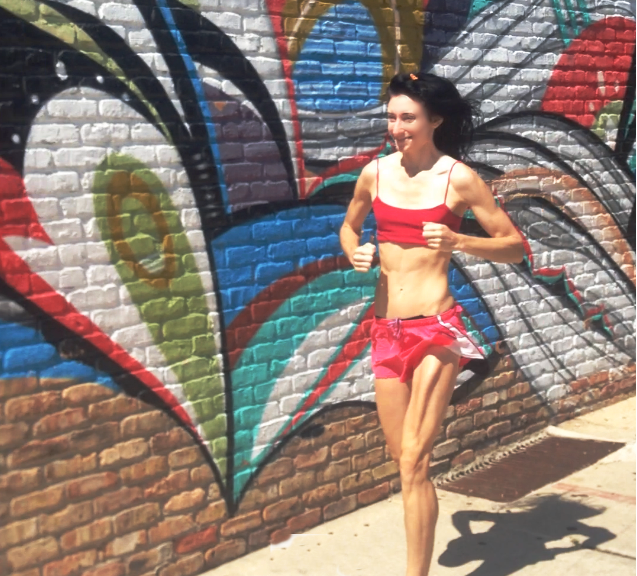 Leaning forward when running fuels acceleration, it also helps relax the upper back muscles, and also reduces knee pain.  In fact, most elite distance runners lean forward when they run, especially when they get tired because this helps take mechanical work away from the leg. But what these runners don’t do is over-lean, and I think many new forefoot runners tend to over-lean during speed session as they may believe that the farther they lean forward, the faster they will run. This is untrue as sprinters typically don’t over-learn forward. Sprinters too, are leaning forward, but again the degree of forward leaning is very minor.

Leaning too far forward when you run significantly pulls the hamstring muscles. Higashihara et al. (2015) found that over-leaning of the trunk at fast running velocities stretched the hamstring muscles during stance –the phase of which loading is high and the hamstrings are activated– which dumped elongation loads on the biceps femoris long head and semimembranosus muscles.

The researchers compared the effects of a forward lean of the trunk and an up-right position of the trunk on hamstring kinematics during sprinting. For the forward-lean trunk condition, runners were asked to lean forward as much as possible with speed.

Their data showed that over-leaning stretched all three hamstring muscles at touchdown as compared with an upright trunk during sprinting. As mentioned briefly, the hamstrings are more activated during stance as compared with other phases of running gait. If a muscle lengthens when it is activated, it becomes vulnerable to injury (Best et al., 1995; Brooks & Faulkner, 2001; Garrett, 1996; Lieber & Friden, 1993).

From this, the researchers concluded that over-leaning increases the risk of hamstring injury, particularly during stance and late swing phase of running. To prevent hamstring injury, the less you lean, the less lengthening is required to contract the hamstrings when running on the forefoot.

The common metaphor for the forward trunk lean is the ‘gas pedal’ in forefoot running and leaning subtly certainly delivers performance gains.

You’ll know when you are over-leaning when your legs start to feel heavy. Over-leaning is a wall that puts a limit on how fast you can run. Technically, your forward lean should be so subtle that an onlooker cannot tell the difference if you are leaning or running upright.

Sore Calves When Running on Forefoot