Increasing cadence for running is an effective strategy to avoid injury, such as front of knee pain (Lenhart et al. 2014) as well as ITBS because taking smaller steps when running reduces peak hip adduction (Heiderscheit et al.2011), thereby relieve strain on the IT band.

Forefoot runners tend to have a higher step cadence than heel strike runners, suggesting that a higher cadence rate is an unintended attribute of forefoot strike running mechanics. However, in addition to forefoot running, here is another way to boost your step rate. 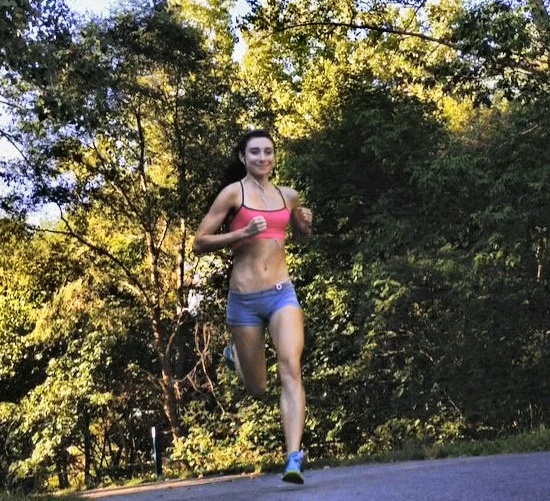 Ways to Increase Cadence for Running

When you are running forefoot, think of pulling your foot up, and not sending your foot to the ground at each step. A study by Craighead et al. found that stride rate increased and stride length decreased when runners were instructed to quickly lift the foot from the ground as opposed to emphasizing a push back and down against the ground.

When I run, I always think of kicking up my feet behind my body as doing so lightens the load for when my foot strikes the ground.

The researchers suggested that quickly pulling of the foot in forefoot running creates ideal kinematic conditions for a forefoot strike landing, which in turn would trigger other positive kinematic changes such as increased knee flexion and ankle plantarflexion at touchdown.

Forefoot Running Tips From the Study

The participants of the study focused on lifting the stance leg from the ground early, just after contact, and to bring the foot straight up to the buttocks. They were also told to use the analogy of imagining a wall directly behind them prohibiting backward movement of the foot.

Also, don’t force your feet up too high off the ground as this is unnatural, rather imagine your feet springy up to a comfortable target height. Visualize or feel your foot springing up from the ground. 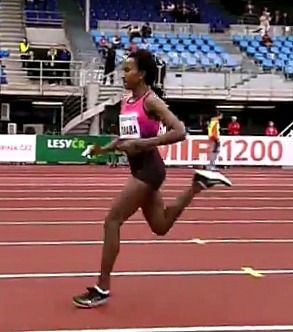 The participants were also instructed to watch and learn from other participants. For me, I like to watch videos of Ethiopian runners (shown above) from the back or side because it shows how quickly their feet pop off the ground.

Another way to help increase your running cadence is by doing running drills that involved a suppressed arm swing. A study by Arellano and Kram (2011) found that step frequency increased by 2.5% when arm swing was suppressed. So, hold your arms like you normally would when you run, just don’t swing them, or swing them significantly less.

Why Reducing Stride Length and Increasing Stride Rate is Important

It is the combination of reduced stride length and increased stride rate that reduces overall impact loading. However, to maximize the protective effects of these mechanical variables, Pose Running emphasizes achieving the shoulder over hip over ankle at initial contact.

In terms of injury prevention, Lenhart et al. concluded that increased stride rate was the most important predictor of the reduction in runners knee as hip, knee and ankle extensor forces, and hip abductor forces all reduced during midstance.

Therefore, increased stride rate limits the amount of time for any underlying muscle strength imbalances to interfere kinematically during contact.